Security beefed up across Bengal ahead of Independence Day celebrations 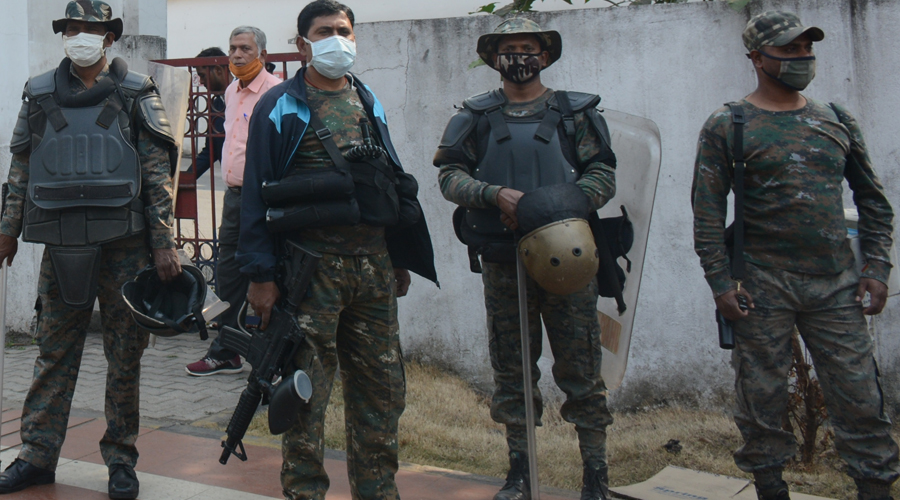 Security arrangements have been beefed up across Bengal to prevent any untoward incident during the 75th Independence Day celebrations, police said on Saturday.

Vigil has been upped across Calcutta, especially in the Red Road area where the state programme will be held in the presence of Chief Minister Mamata Banerjee and other important dignitaries, a senior officer said.

Vigilance has also been heightened in the districts sharing international borders and inter-state boundaries.

Watchtowers have been erected and at least 500 additional CCTV cameras installed in and around Red Road where the 40-minute event will be organised on Sunday morning, the officer of Calcutta Police said.

Around 2,000 police personnel will be deployed at the venue and Quick Response Team, Heavy Radio Flying Squad vans, and members of combat forces of Calcutta Police will be present, he said.

Seating arrangements ensuring physical distancing have been made at Red Road, and strict adherence to other Covid safety measures including wearing of masks and sanitisation will be enforced, the officer said.

"There will be a nominal number of spectators at the venue to ensure adherence to restrictions on congregation in view of the pandemic," he said.

Naka checking at 20 entry points to the city are being organised at night and preventive arrests have been made, the officer said.

Police have stepped up monitoring at hotels and guest houses in and around the metropolis as a precautionary measure, he said.

"We are keeping an eye on hotels and lodges even though not many people are visiting the metropolis due to the pandemic. We have sought details of every traveller from the accommodation facilities. All vehicles coming in and going out of the city are being checked. Sandbag bunkers have been set up at key locations," another senior officer of the Calcutta Police said.

"Fool-proof security arrangements have been made for Independence Day celebrations in the districts to thwart any attempt to disturb peace and harmony in the state," an officer of Bengal Police said.