The planting has already begun in Bankura, Purulia and Jhargram 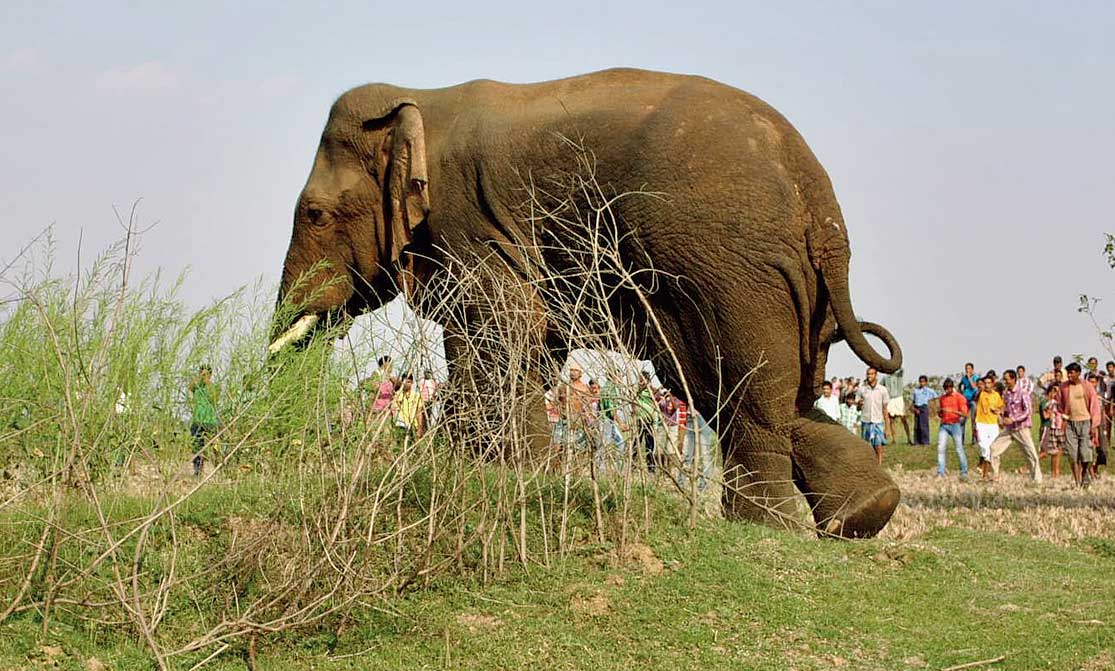 Officials said elephants mainly entered villages in search of food and if there was no scarcity of their staples, they wouldn’t enter human habitats.

The planting has already begun in Bankura, Purulia and Jhargram.

The officials said elephants attacked houses and damaged crops in villages only because of lack of food resources in nearby forests.

Jackfruits, mangoes, bamboo and elephant apples are known favourites of elephants. Officials said the saplings would take three to four years to yield fruits. Another official said over 50,000 saplings would be planted now.

“We aim to plant over 10,000 saplings to stop elephants from entering villages. Those trees will take time to grow but the plan will work in the near future,” Ram Prasad Badana, divisional forest officer in Purulia, said. Forest officials in Bankura and Jhargram echoed the view.

Forest officials said there were other measures to stop elephants from entering localities, such as digging trenches or fencing. But hungry pachyderms often break fencing or enter the area by taking detours to avoid the trenches.

“The entire corridor can’t be covered by trenches. Elephants are intelligent and adopt different ways to get food. So, it is better to increase their food resources in forests,” said Bhaskar J.V, the DFO of Bankura north, said.

Other forest officers in Bankura have said the elephants start entering settlements when the paddy begins ripening and it becomes their main source of food.

Recently, elephants invaded a village in Bankura’s Bishnupur where they broke a school’s walls and gobbled up rice stored for mid-day meal.