At the start of the match, when the playing XI of the two teams were being announced, the loudest cheers came for Russell 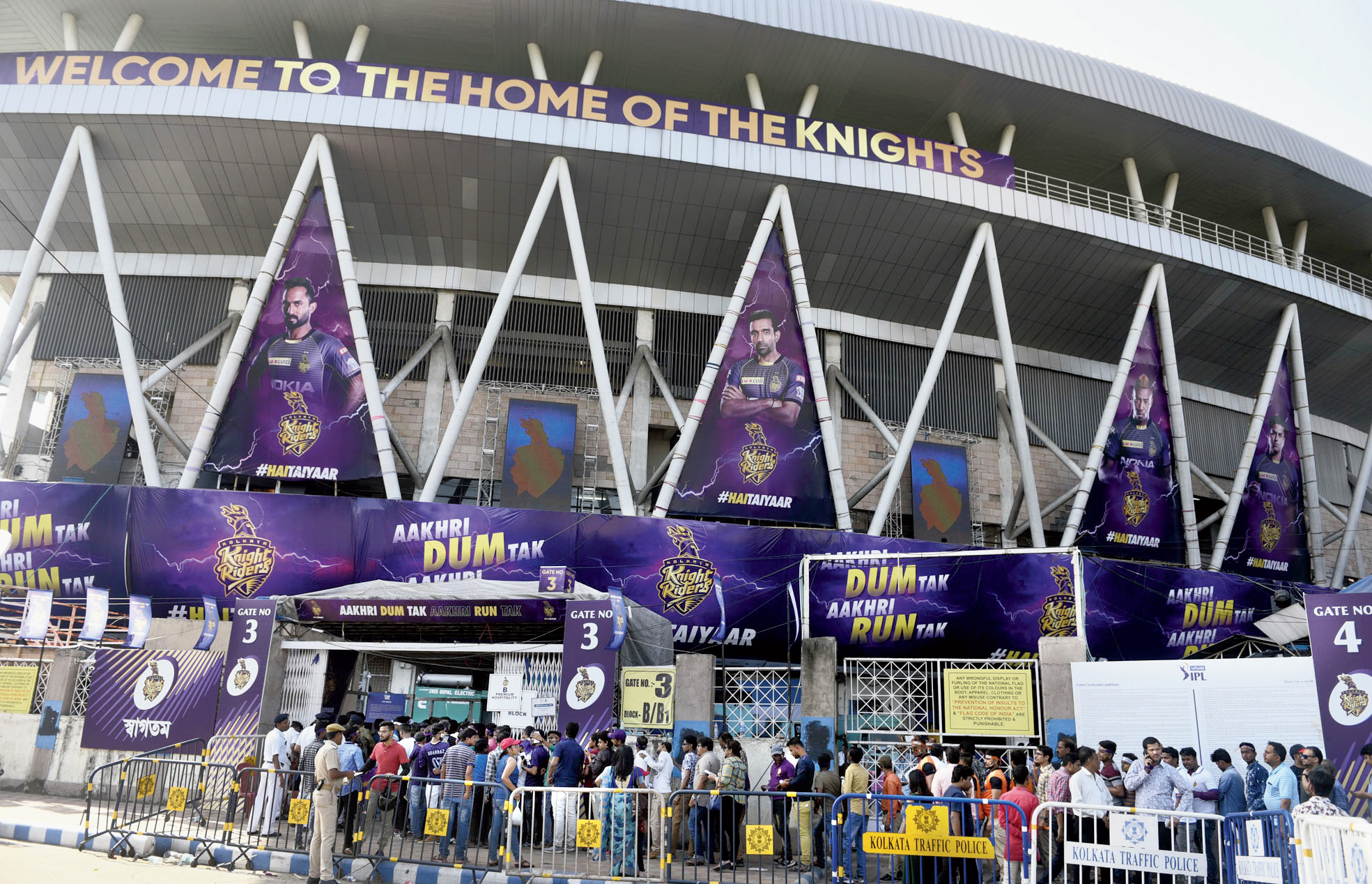 Fans on their way to Eden to watch the IPL match between Kolkata Knight Riders and Sunrisers Hyderabad on Sunday afternoon.
Gautam Bose
Rith Basu   |   Calcutta   |   Published 25.03.19, 06:59 AM

A flurry of sixes and fours by Andre Russell to win a match that was getting out of hand, a superb knock by David Warner on his debut after returning to competitive cricket, King Khan in the stands with the dimpled smile — the Eden Gardens had everything to cheer for on Sunday evening.

Shoulders had started to droop in the houseful stands at Eden as Kolkata Knight Riders was faced with an asking run rate of 18 by the end of the 17th over — three runs per ball — against Sunrisers Hyderabad in its first tie in IPL season 12.

It was then that sixes and fours started flowing from the bat of the big Jamaican and Eden favourite Russell.

At the start of the match, when the playing XI of the two teams were being announced, the loudest cheers came for Russell.

Even louder cheers were, however, reserved for the four sixes and the three fours he hit in the 18th and 19th overs of the second innings.

“This is the power of the man. That is why we love him here at Eden. He can win you games from nowhere,” said Javed Khan, a trader from Chandni Chowk who had come with three friends. Khan was the only one in the group who was supporting the Knights.

If the West Indian was the hero of the second innings, the first innings was dominated by David Warner, who was playing his first match in competitive cricket after being banned for a year for ball tampering.

Opening the innings for the Sunrisers, Warner kept hitting the ball to all parts of the ground and Eden showed its appreciation with a round of loud applause when he reached his half century with an upper cut for six. 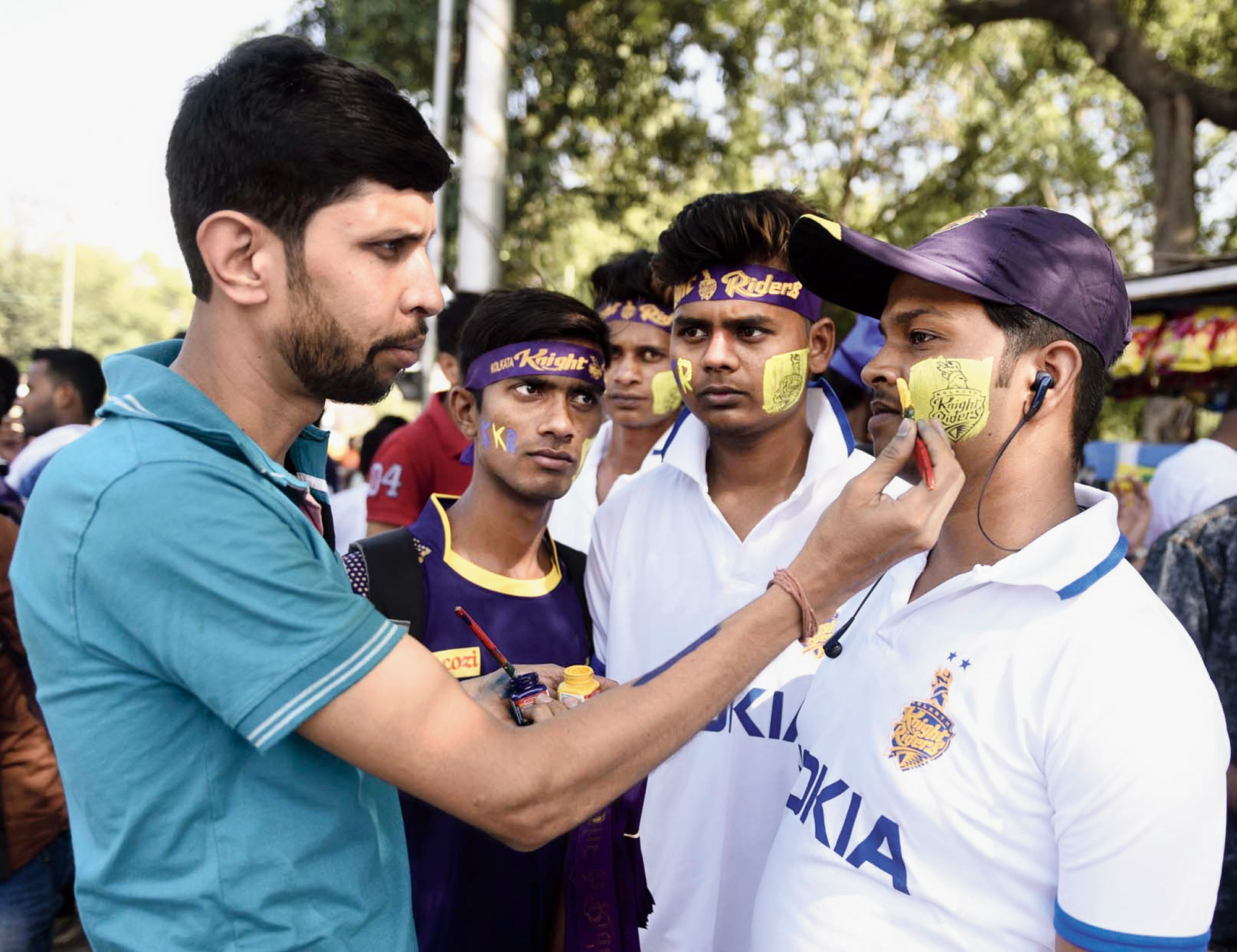 KKR fans get their faces painted in their team colours outside Eden.
Gautam Bose

There were even chants of “Warner Warner” from Block H at one stage.

When he smashed a straight six off Russell in the 16th over, the electronic scoreboard at the ground flashed “WELCOME BACK DAVID”. But three balls later he was dismissed. By then he had scored 85 runs off 53 balls at 163.37 strike rate.

“Going by the way Warner played, it didn’t seem that he has been out of match practice at all. This is exactly the way I would have wanted this match to pan out. A nice knock from Warner but a win for Team KKR,” said Anubhav Chanda, a data analyst at a Sector V company.

But the crowd at Eden went home with more than cricketing memories. A woman turned to her husband and shouted “Oma, dekho (Hey, look)”, pointing to the big screen just before halfway through the first innings.

Shah Rukh Khan had just arrived with KKR co-owner Juhi Chawla by his side and was waving at the crowd from his corporate box B1, just beside the Club House.

The camera thereafter kept going back to SRK and every time the stadium erupted in cheers.

The moment the Knights won their first battle of the season, SRK raised his fists in the air and made a sign with the left hand pointing towards the sky. But that was just the beginning of the show as SRK walked a lap of the ground, waving at times or with folded hands as the fans kept cheering. 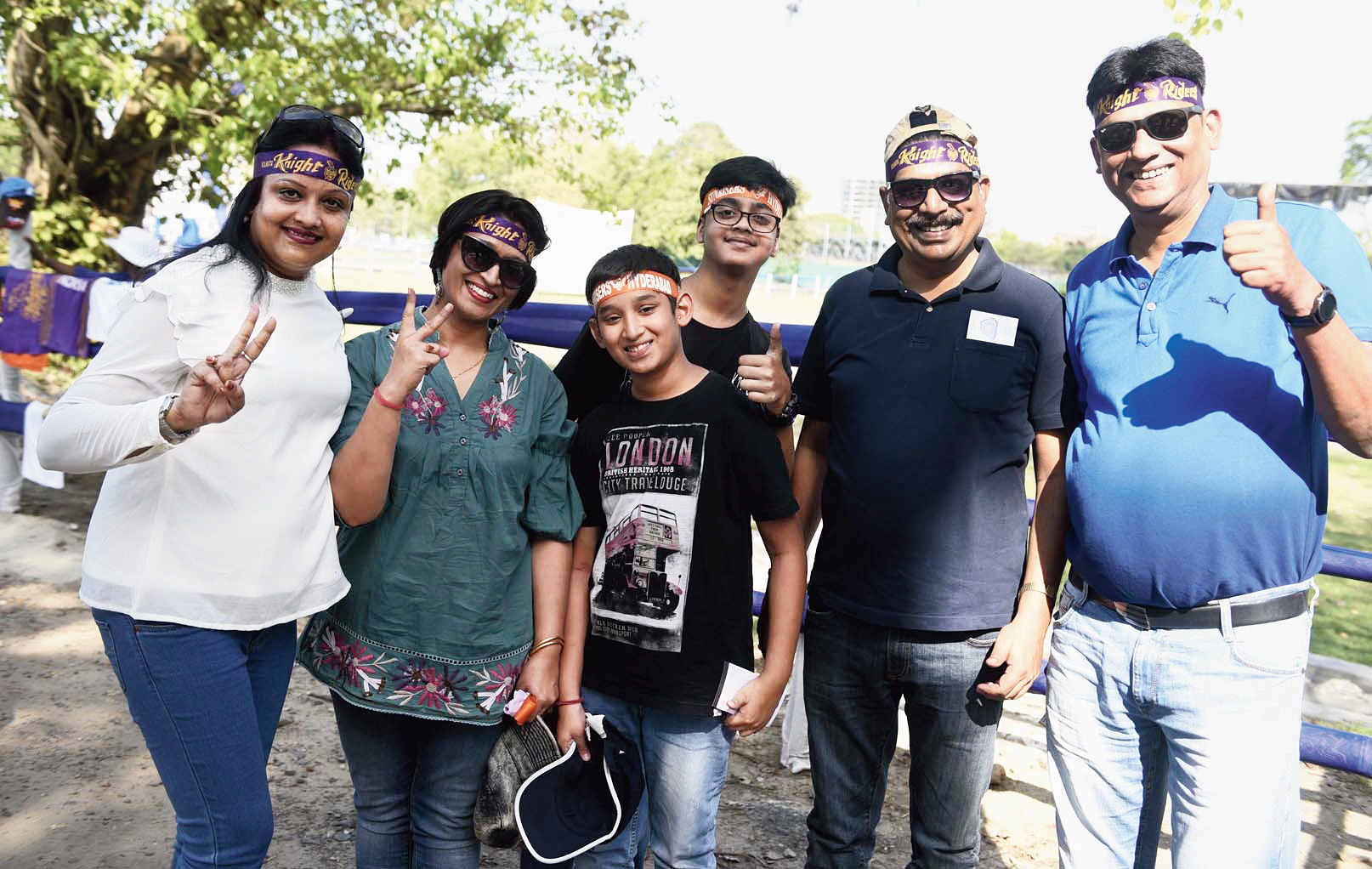