The Chitpore bridge, which engineers think is in danger of collapse, will bear the load of more than its usual traffic 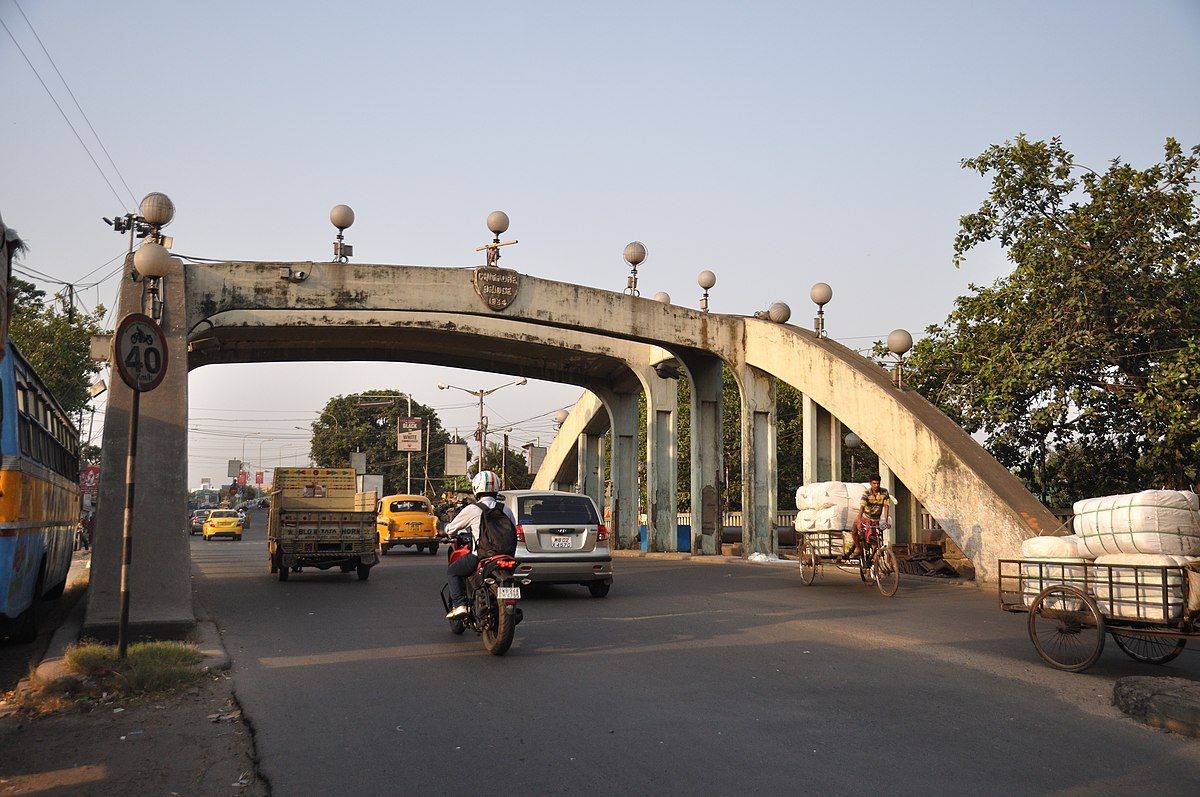 A north Calcutta bridge that engineers want dismantled for the flawed design of one of its approaches is likely to be used by a large number of cars and other small vehicles keen on avoiding the Tallah bridge from Monday.

Police fear that the Chitpore bridge, which engineers think is in danger of collapse, will have to bear the load of traffic many times more than usual.

“The curb on the speed of cars and two-wheelers (10kmph) on the Tallah bridge is likely to trigger snarls on the roads leading to the bridge. To avoid a bottleneck, many motorists will look for an alternative route, and Cossipore Road-Chitpore bridge could well be the choice of many,” a police officer said.

However, a committee of engineers the urban development department had set up to assess the health of flyovers and bridges in the state has recommended that the Chitpore bridge be “dismantled”, said an official who has read the report.

The committee was formed after the collapse of the Majerhat flyover in September last year.

An officer of Calcutta traffic police said heavy vehicles, including buses, were not allowed on the Chitpore bridge, following a recommendation of the Calcutta Metropolitan Development Authority (CMDA).

But Metro saw on Sunday buses and goods vehicles plying on the bridge.

An engineer explained what was wrong with the Chitpore bridge. The northern side of the bridge had been raised in the 1980s or 1990s to facilitate electrification work of the Circular Railway.

“It was mandatory to have a 6m clearance over the railway tracks. The gap between the tracks and the underbelly of the bridge was less than 6 metres. Hence, the elevation of a portion of the deck above the railway tracks had to be raised by a metre,” the engineer said.

As a consequence, the approach to the bridge from Cossipore Road, too, had to be raised to align it with the deck.

“The other approach was left undisturbed because the portion of the deck that was raised is closer to the approach from Cossipore Road,” the engineer said.

Piers were built from the arches that were bearing the load of the earlier approach to support the new approach.

One engineer said the piers should have been ideally built from the ground. “Since the pillars rest on the brick arches, their load-bearing capacity is questionable,” he said.

Many government engineers told this newspaper that the method adopted to build the new approach was unscientific. “The vertical load is getting transferred from surface to the ground. But what would happen in case there is a large and sudden lateral force?” an engineer asked.

Lateral or horizontal force generates if any vehicle moving at a high speed brakes suddenly. “The deck will tend to move under the impact of the horizontal force. The bridge can collapse in such a situation because the piers are not anchored to the ground,” the engineer said.

A team comprising officials of the CMDA and the PWD had in February jointly inspected the bridge. “We had written to the police pleading for restrictions on the movement of heavy vehicles on the bridge,” a CMDA official said.

“We had planned restrictions for vehicles that are more than 2.85m in height. But we have to allow vehicles up to 3.15m following the curbs on the Tallah bridge,” the official.