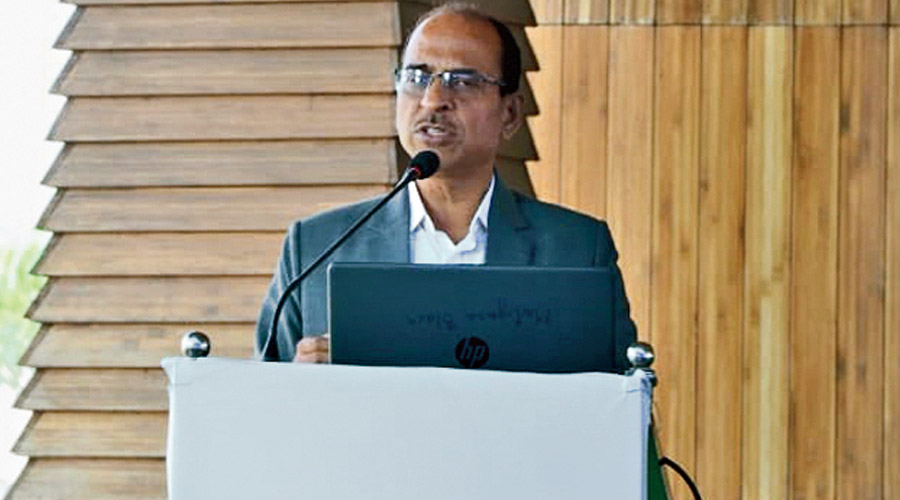 The Bengal government and Confederation of Indian Industry (CII) held a daylong North Bengal Business Meet here on Wednesday where investment proposals of around Rs 10,000 crore were received and vital issues related to tourism sector discussed.

“The meet was jointly organised with the Confederation of Indian Industry and during the summit we have received investment proposals of over Rs 10,000 crore. The proposals are mostly related to MSME, animal resource development and tourism sectors. The objective of such a meet was to apprise prospective investors about initiatives being taken up by the state over the past 10 years to boost industrialisation and private investments,” chief secretary H.K. Dwivedi said after the meet at the Biswa Bangla Haat complex.

The state has also initiated talks with the Union civil aviation ministry to prevent a fortnight’s closure of the runway of Bagdogra in April this year, the chief secretary told tourism stakeholders.

Last month, the Indian Air Force that manages the runway and air traffic control in Bagdogra announced the closure of the runway from April 11 to  26 for repairs, leaving tourism stakeholders worried.

The issue was raised at the business meet by representatives of the Himalayan Hospitality and Tourism Development Network.

No flights for a fortnight would affect summer tourists, they pointed out.

In reply, Dwivedi said: “We  have written to the Union civil aviation ministry... We have mentioned that closing the airport for such a long period is not necessary. They (the ministry) are considering the issue....”

In all, around 400 delegates from trade bodies of all eight districts of north Bengal attended the event, as well as senior officials of state departments and administrative officials from the districts.

After coming to power for the third consecutive time in 2021, chief minister Mamata Banerjee has been stressing on industrial investments which can lead to creation of jobs. Her government has come up with a number of new policies, which include reduction in the land ceiling for setting up industrial parks. Earlier, 20 acres at least were needed to set up such a park for a cluster of industrial units. The state has now reduced it to five acres, prompting an increase in investment proposals.

In north Bengal, 46 proposals to set up private industrial parks have reached the state so far, said sources.

Dwivedi said they would form a sectoral committee for north Bengal with representatives of trade bodies, heads of state government departments and officials of the district administration for follow-up meetings at least once a month for updates on industrial activities in the region.