With these five, the tiger population has increased to 12 at the park 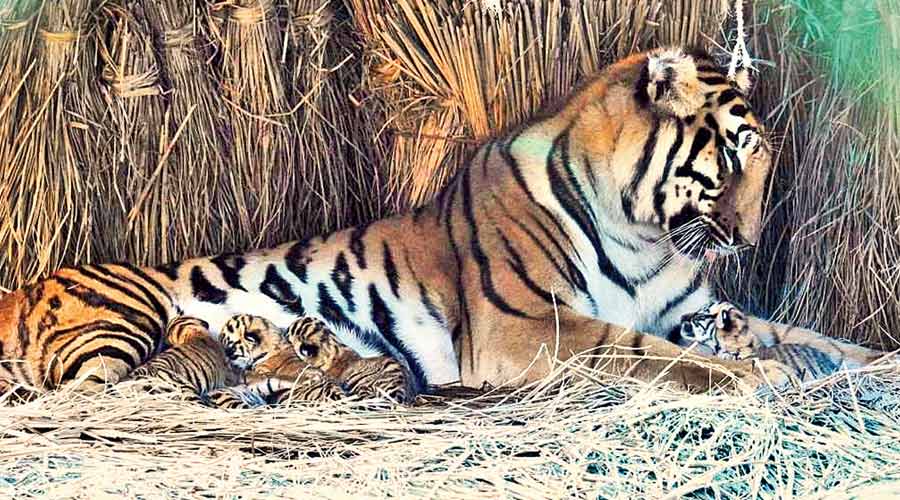 With these five, the tiger population has increased to 12 at the park. Among these, 10 are Shila’s cubs. The other two are Shila and her partner Vivaan.

“Shila gave birth to five cubs at the safari park on Thursday,” said Dawa Sangmu Sherpa, the park director. The tigress and her cubs are currently kept in an enclosure to keep them safe from infections and the gender of the cubs is yet to be determined, Sherpa added.

Park authorities are planning to approach the Centre so that the facility can be declared as a tiger breeding centre.