Parents, rowers say this could be a factor in the schoolboys not being forewarned about the 90kmph storm that overturned boats and caused their death 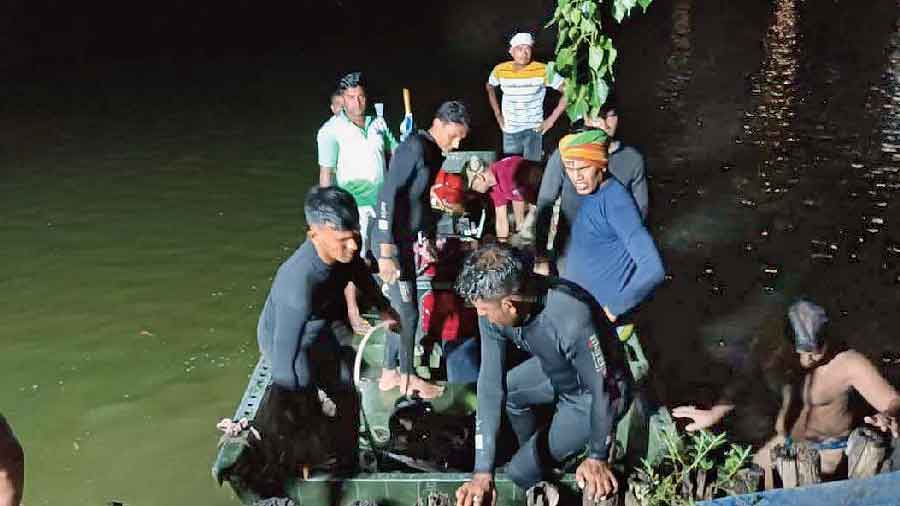 A controversy has broken out after Saturday’s Rabindra Sarobar tragedy on whether the rowing clubs at the lake have a dedicated cadre to watch the boats and issue timely warnings about changes in the weather.

Many rowers and their parents claimed the three clubs at the lake had “majhis” to whistle such warnings but their numbers had fallen since the Covid outbreak.

They implied this could be a factor in the rowers not being forewarned about the 90kmph storm that overturned boats and caused the death of two schoolboys.

But club officials insisted that the majhis’ main job was to take the boats in and out of water and maintain them, and their whistling duties were limited to getting the rowers back at the “closing” hour or alerting them if two boats came too close.

The unstated argument seemed to be that the clubs were being blamed for failing to do something that they never did, nor were expected to.

Many who have spent long hours by the lake contested the clubs’ version.

“My son used to row in the lake before the pandemic. Several majhis used to be on the shore, keeping an eye on the boats. I still remember they would start whistling frantically if they thought the weather was becoming inclement,” a father said.

“It used to be very interesting to watch. Their whistles would become shriller and shriller if the boats delayed returning to the shore. But I can hardly spot them now.”

The father of another rower said he found the presence of the majhis “reassuring” when his child was in the water.

Saturday’s storm — the city’s fiercest Nor’wester in four years — had overturned at least six boats and flung around 20 rowers into the choppy waters, a sight the like of which even veterans of Calcutta’s rowing circuit said they had never seen before.

The handful of majhis on the shore were overwhelmed by the ferocity of the storm, multiple witnesses to Saturday’s events said.

It was already late by the time those on the shore realised that two boys were missing. That the two other rowers from the same boat did not reach the shore anytime soon did not help matters.

A college student who used to row in the lake till a few years ago said the majhis were hired “informally” by the clubs.

“These men are not professional rowers but are natural swimmers and have grown up assessing the condition of water and sky. We don’t get to see these people on the shores any more,” the student, who has quit rowing but visits the lake frequently, added.

Debabrata Datta, joint secretary of the Lake Club, denied that the majhis were a dedicated surveillance cadre.

“But they often respond to emergency situations in the water. There have been instances of a boat overturning and a majhi taking a dinghy out to bring the rowers back to safety. Two dinghies from our club, steered by majhis, rescued multiple rowers on Saturday,” he said.

“Also, there are trainers who often walk along the shore with a whistle. They often use hailers to shout out instructions to the rowers.”

Gautam Valechha, captain of boats at the Bengal Rowing Club, said: “There is no such cadre to alert rowers about changing weather.”

“They are still very much there. Their primary role is to maintain the boats. If they spot a crisis, they would obviously respond,” he said.

But the ferocity of Saturday’s storm and the way it tossed boats and rowers about was unprecedented in recent history, said rowers, club members and majhis.

“Barring Cyclone Amphan, when the club was closed, in my decades at the lake I had never before seen a storm like Saturday’s,” a majhi in his late 40s said.

An official of a rowing club who was on the shore when the storm hit said the scene was “straight out of a horror movie”.

“Several boats had capsized. So many people were in the water. It was very dark. There was piercing rain and the streaks of lightning showed the boats and rowers in the water,” he said.

Some of the rowers swam ashore, some clung on to their boats and some were picked up by other boats.

A headcount showed that two schoolboys were missing, but it was already too late.