‘No cops during raid on 2 AC coaches of Gour Express’ 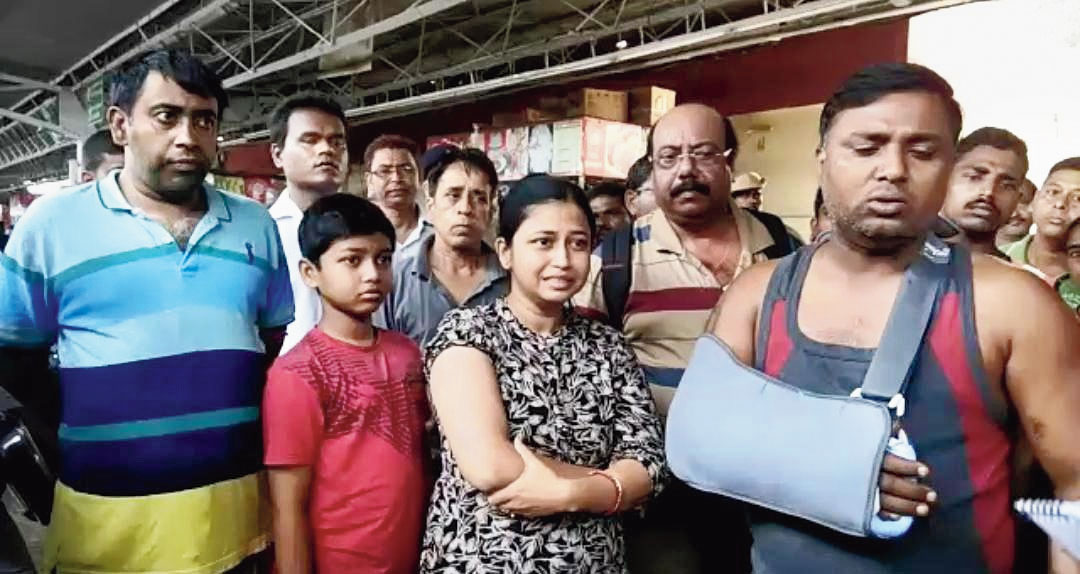 Some of the passengers at the Malda Town station on Saturday.
Picture by Soumya De Sarkar
Snehamoy Chakraborty And Soumya De Sarkar   |   Burdwan   |   Published 29.06.19, 07:42 PM

Robbers raided the Malda-bound Gour Express from Calcutta early on Saturday, looting valuables worth Rs 2.5 lakh from passengers in two AC II-Tier coaches and beating up those who put up resistance.

The incident took place between Banpas and Guskara stations in East Burdwan when, according to the passengers, there were no police personnel in the two coaches.

The passengers told police there were around seven burglars and they had taken away cash, jewellery, cellphones and laptops from at least four travellers. Some of them, including a woman, who tried to resist one of the robbers, were injured as the goons hit and threw stones at them.

After the incident, the passengers demonstrated at Bolpur, Sainthia and Rampurhat stations against the absence of police. Coach attendants, too, were not around, the passengers said.

According to the travellers, it was around 2.30am when those in the A2 and A3 coaches woke up hearing screams of “dakat (robbers)” from fellow passengers.

Bappa Saha, a businessman from Balurghat, said: “We found a youth beating up a lady in the next coach and trying to snatch her bangles. He was caught by the passengers but two other youths, who were at the door, threw stones at us and threatened to open fire.”

Debalina Sinha, a Malda resident travelling with her nine-year-old son and husband Indranath, said the robbers had tried to snatch her bag and mobile phones. Indranath had a surgery on the hand a few days back in Calcutta and the family was returning home.

“She (Debalina) woke up as her mobile phone dropped on the floor while the goons snatched her handbag. She caught hold of one of them but they rained blows on her and threw stones. We were robbed of cash, jewellery and mobile phone worth Rs 60,000 along with our credit and debit cards,” Indranath, who works in a pharmaceutical firm, said.

According to Indranath, the raid lasted about 15 minutes, after which the robbers pulled the chain and jumped off. When the train stopped at Rampurhat, Debalina was given first aid on her wounded right hand, said Indranath.

Khagen Murmu, the Malda North BJP MP, was also on the train, travelling in a First Class AC coach. “I heard about the robbery later. I will intimate the railway minister about the incident and seek strict safety measures,” Murmu said.

When the train pulled into Malda Town, many passengers vented their ire at the GRP. “We were utterly helpless when the burglars robbed us,” said one passenger.

Niladri Chakraborty, superintendent of railway police in Howrah under whose watch the crime spot falls, said: “No one has been arrested so far”.

On the passengers’ complaint about lack of security, Chakraborty said over the phone: “Some guards were on the train but in other coaches. The miscreants fled in a few minutes, before the guards could reach the (affected) AC coaches. We are also investigating complaints that the coach attendants were not present and doors were open.”

Another police officer, not connected with the case, said an AC coach ought to be guarded by two armed police personnel.