Trade unions and a section of employees said that despite floating the concept of Atmanirbhar Bharat, Modi-led govt didn’t do anything for the company in the 7 years of its tenure 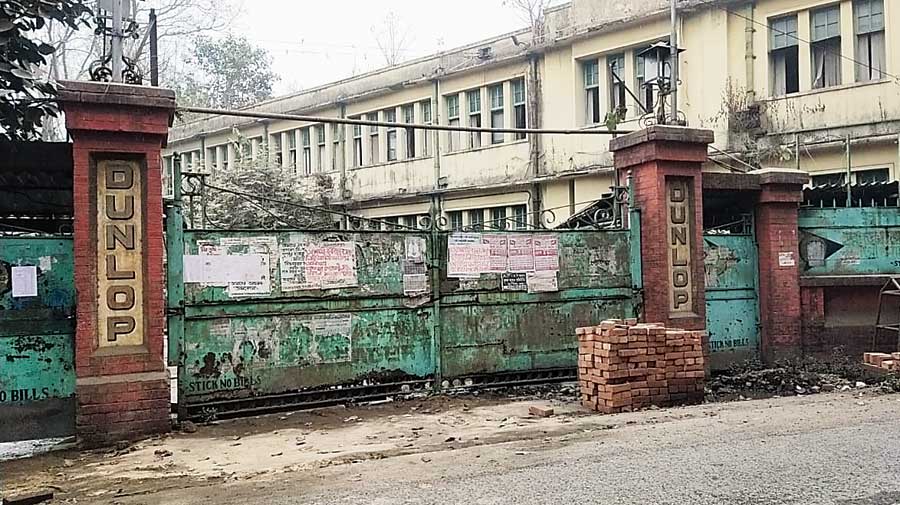 The non-BJP opposition parties in Bengal have begun tossing up uncomfortable questions for Prime Minister Narendra Modi ahead of his much-hyped Monday rally at the Dunlop ground in Hooghly from where he is expected to launch a bitter attack on the Mamata Banerjee government for lack of industrialisation in Bengal.

The venue of the meeting — the ground at the closed Dunlop factory — was chosen with the intention of highlighting the state of industry in Bengal, said a BJP source while adding that the Prime Minister was likely to announce some measures for closed industrial units at the meeting.

The fact that the BJP is planning to use Monday’s meeting to attack Mamata on the issue of industrialisation became clear when Kailash Vijayvargiya, BJP’s Bengal minder, visited the venue on Friday evening and attacked the Trinamul government for its failure to restart the factory.

“Mamata Banerjee had promised to start this factory, but couldn’t do anything. I promise that we will form a committee to restart all industries which were closed during the tenure of Mamata Banerjee government,” Vijayvargiya said.Dunlop India Ltd, set up in 1937, used to produce an array of tyres, including aero-tyres, till it was closed in 2006. The company is now closed and a liquidator has been appointed to sell it off.

While the BJP leaders are bullish that Modi’s visit would help them create the right narrative for the polls, Opposition parties have begun their campaign on the Centre’s apathy.

Trade unions and a section of employees said that despite floating the concept of Atmanirbhar Bharat (self-reliant India), Modi-led government didn’t do anything for the company in the seven years of its tenure.

“Despite having the capacity to produce aero-tyres which were used to supply to the defence ministry, the Modi government did not take any step to reopen it even after several appeals,” said Sarbik Ghosh, an employee of the factory and a secretary of the Citu, the CPM’s labour arm.

According to him, a parliamentary team in 2014 visited the Dunlop factory in an attempt to explore options on how to reopen it, but the Modi government did not take any step to inject a fresh lease of life to Dunlop.

“Everyone knows, during the Kargil war, a large number of tyres for cannons were taken from the closed Dunlap factory after a request from the central government led by Atal Behari Vajpayee. It was the only factory which used to produce tyres for all categories of planes, including cannon and jet planes. But the Prime Minister who is campaigning for Atmanirbhar Bharat, did not do anything for Dunlop. Now, he is coming for poll campaigning,” said Ghosh.

“If the Modi government used this factory to produce tyres for defence use, it would have been enough to keep it alive. But this government is more interested in selling companies,” he added.

Trinamul leaders said Modi had no right to speak about the closed factories when his government was selling off profitable public sectors like the Railways and BHEL. The ruling party leaders in the state accused the BJP government of sitting on a proposal of reopening the factory that the state government had sent in 2016.

“After passing the bill in 2016, we sent a proposal to the Modi government for a Presidential consent to start production in Dunlop. Nothing happened to that proposal,” said Dola Sen, INTTUC president and a Trinamul’s Rajya Sabha MP.

“Mamata Banerjee is still providing Rs 10,000 to the existing employees who are yet to cross their retirement age and arranged for pension for the retired persons. Modi should know that Dunlop has gone for liquidation,” Sen added.

Rupchand Pal, a veteran Citu leader and seven-term CPM MP from Hooghly till 2009, said he didn’t have any expectations from the BJP government as the party-led government had always shied away from its responsibilities.

“I can’t forget the reply of the NDA government during the time of Atal Behari Vajpayee. When we requested the then government to acquire Dunlop, they informed us in writing that it was not the government’s policy. I have no expectation from Modi as they believe in the same ideology,”  said Pal.

Hooghly district is known for its industrial belt having around 120 big and small factories, out of which around 54 are closed. Singur, where Tata Motors had planned to set up its small car factory, falls in this district.

BJP state committee member and a leader from the district Subir Nag said: “We are hopeful our Prime Minister Modiji will say something to reopen the closed Dunlop factory and also about Singur.”