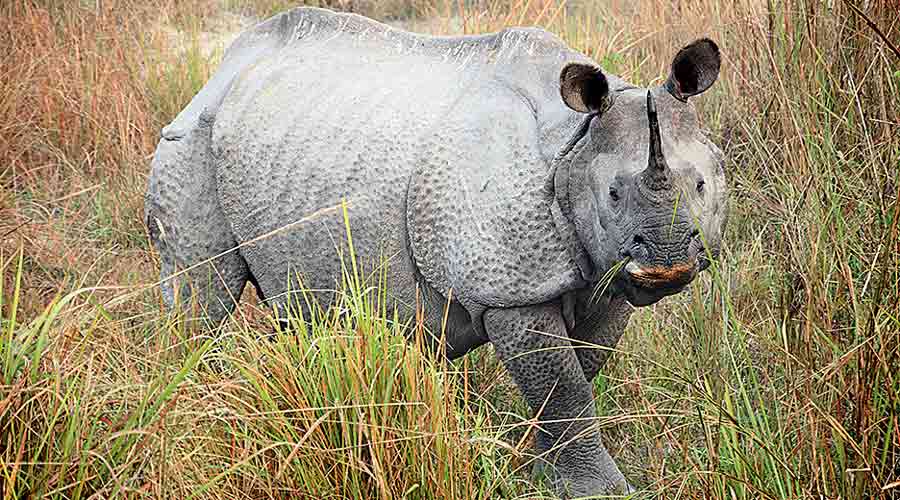 The carcass of a sub-adult female rhino with its horn intact, was found from the south range of Gorumara National Park, Jalpaiguri district, on Tuesday.

The carcass had decomposed and senior foresters suspect it might have died a few days ago while fighting with another animal.

Sources said forest staff on duty spotted the carcass and informed senior officers who examined it. Apost-mortem was performed at the spot near the park’s Medla watchtower.

Rajendra Jakhar, the chief conservator of forests (northern circle), said they suspected  the animal died while fighting another animal as its horn was intact. This is why they ruled out poaching, he added, but said they were waiting for the post-mortem report.

In Bengal, Gorumara is the second largest habitat of the one-horned rhinoceros with some 50 rhinos.

A wild tusker blocked the Sonapur-Hasimara road in Alipurduar district for around two hours on Wednesday.

The tusker, locally known as Banya Ganesh as it doesn’t have a tusk, came out of Chilapata forest around 3pm and stood on the state highway that links Hasimara and Sonapur via Chilapata.