Thunderclap effect: wounds from fall likely to take a few days to heal 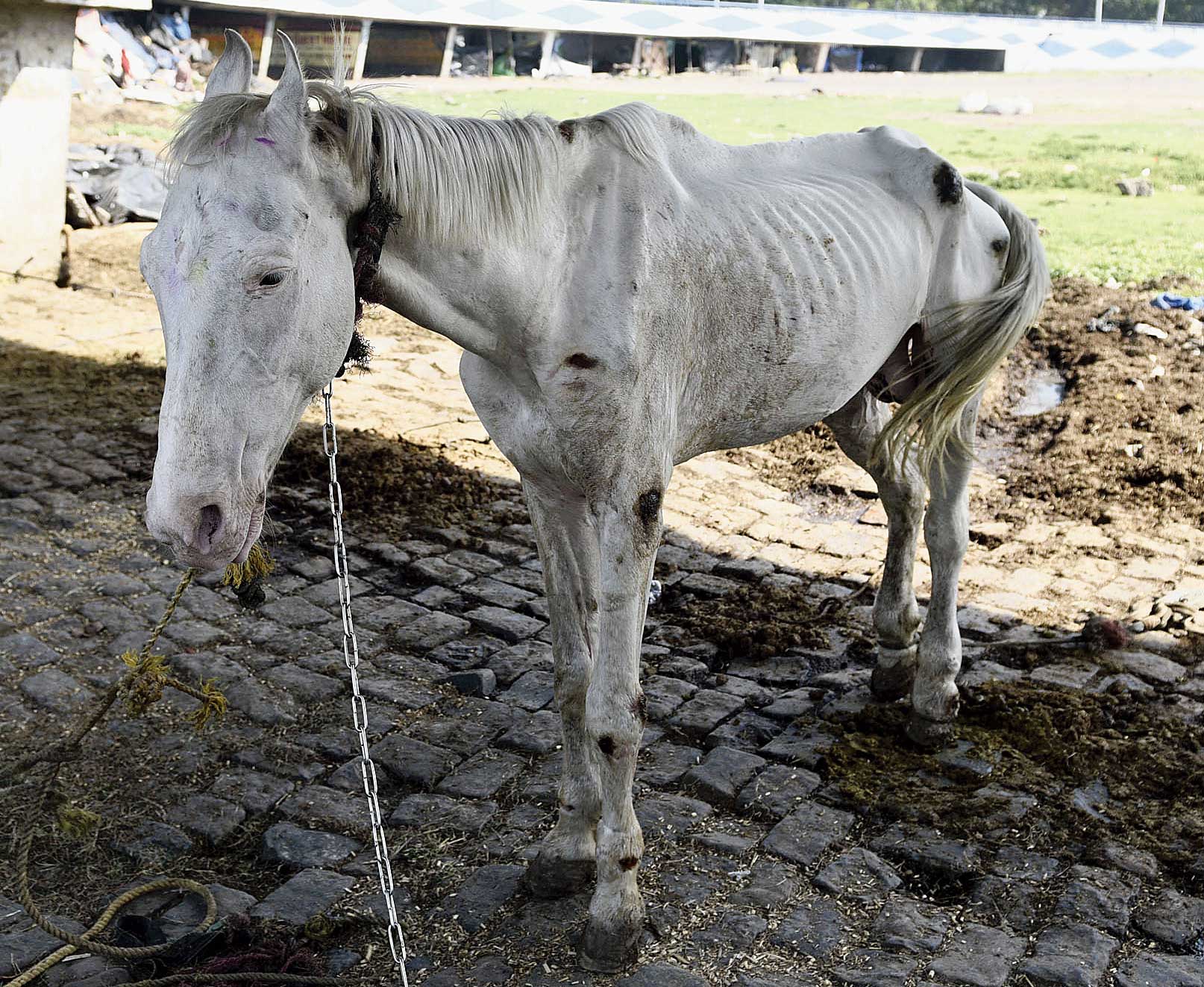 Eight-year-old Raju had a day off from work on Saturday.

The white horse rested in a shed under the second Hooghly bridge, while another replaced him at the phaeton.

Raju had collapsed on Hospital Road after a thunderclap during Friday evening’s squall.

“We are not sure how Raju fell. He might have slipped on the wet surface after being startled by the thunder,” said Md Firoze, the owner of the carriage. “Raju suffered bruises mainly on the feet. We have given him injections to help the cuts dry up.”

It took a couple of attempts and some effort for Raju to get back on his feet.

The wounds could take a couple of days to heal and till then Raju will be allowed to rest. Raju’s working hours stretch for four to five hours on a typical day. 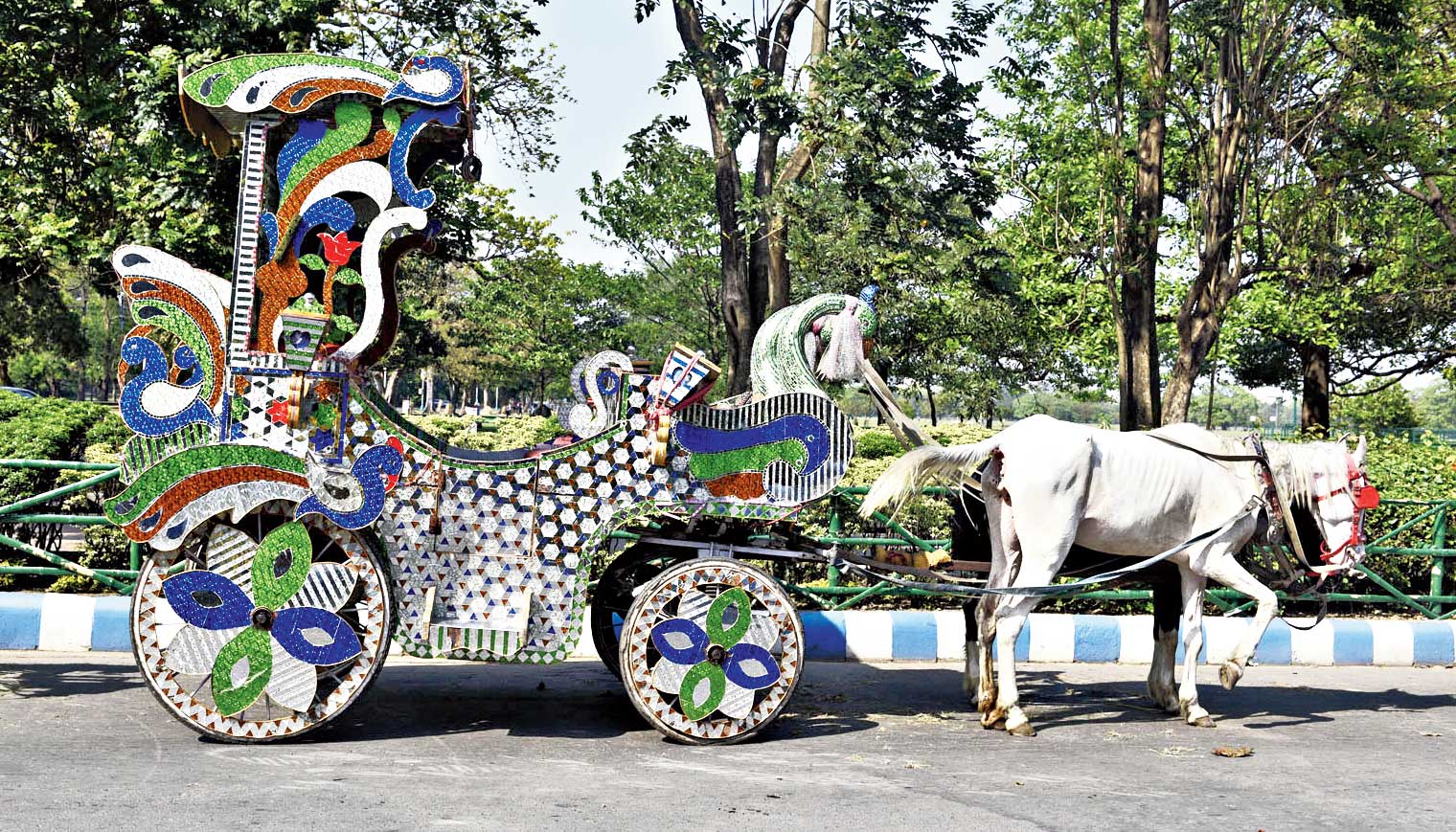 The horse that filled in for Raju at the phaeton on Saturday.
Picture by Gautam Bose

The white horse came to Calcutta about six years ago. Firoze had bought him at the Sonepur cattle fair in Bihar for his family business of horse-drawn carriages.

There are about 60 phaetons in Calcutta drawn by 200 horses on the Maidan and in Metiabruz and Rajabazar, among other areas.

“There are about 25 phaetons in the Maidan area alone,” a horse owner said. “Business suffers in the rainy season. The three months of winter are the best.”

The wedding season, too, sees some phaetons being hired.

Horse owners have often been accused of not taking care of the animals and giving them less than adequate food. “When business is good, we give them corn and chickpeas. But in the months when there is no business, we have to give them hay and grass,” an owner said.

Firoze, who has 15 horses, said he spends Rs 3,500 on them every day. “It’s easy when there is business but difficult otherwise,” he said.