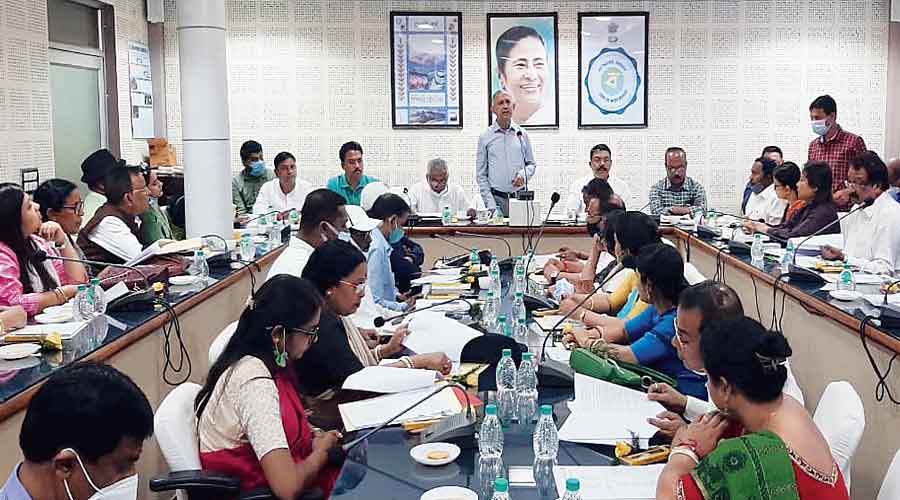 The board of Siliguri Municipal Corporation (SMC) passed a unanimous resolution on Monday, demanding the Centre should declare Siliguri, Bengal’s second-largest urban hub after Calcutta, as a “city of national importance.”

The move is being seen as an attempt by the Siliguri civic body, where Trinamul was recently voted to power, to mount pressure on the Centre to allot funds for the city’s infrastructure development.

All 47 councillors attended the board meeting. All, including the 10 councillors in the Opposition, supported the resolution, said sources.

“Central ministers and elected representatives of the BJP often make tall talks about the geographical and strategic importance of Siliguri and its surroundings. However, the central government’s concern is not reflected when it comes infrastructure development and funds sanctioning. That is why we have taken a resolution today (Monday) on the demand and will forward it to the state government. We will also request the chief minister and others of the state to approach the Centre so that our demand is met,” said mayor Gautam Deb.

Siliguri has four international borders and two interstate borders nearby. The city’s geographical location is unique and important because it is in the slimmest part of the Indian sub-continent and connects the entire Northeast.

Time and again, political parties, social and trade bodies demanded that the Centre include Siliguri in schemes for infrastructure development.

“The decennial population growth rate in Siliguri is around 40 per cent. This is yet another reason why the Centre should focus on the city so that adequate infrastructure can be readied to cater to the population. The MPs and MLAs of the BJP elected from the region should underscore the issue,” the mayor added.

This apart, sources in the SMC said the civic body plans to augment its revenue by initiating the assessment of property tax on buildings not yet assessed. “We will soon approach the central valuation board of property tax for tax assessment on non-assessed properties under SMC area,” said a Trinamul councillor.