The wounds have dried up well and all primary treatment has been completed, a doctor said 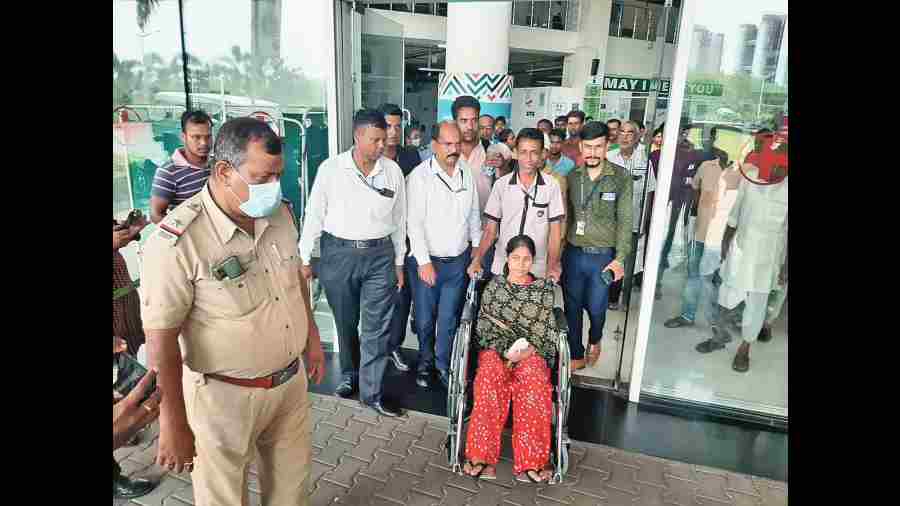 Renu Khatun, 23, whose right palm had been chopped off allegedly by her husband to stop her from joining government service as a nurse, was released from a private hospital in Durgapur on Monday.

Doctors said Renu had spent 12 days at the hospital and had recovered well. The wounds have dried up well and all primary treatment has been completed, a doctor said.

“An artificial limb will be fixed to her right hand over the next five-six days. She would need physiotherapy,” added the doctor.

Renu said she felt happy and relaxed after her release from the hospital. She urged women not to cow down and to fight for their rights. She will stay at her elder sister’s house in East Burdwan for further treatment.

“We will follow up her treatment at Burdwan Medical College and Hospital. After that, she will be given a fit certificate by doctors to enable her to

join duty in the office of the chief medical officer of health in East Burdwan,” said Ripon Sheikh, who is the elder brother of Renu.