We send a powerful message of a united India together, says Congress president 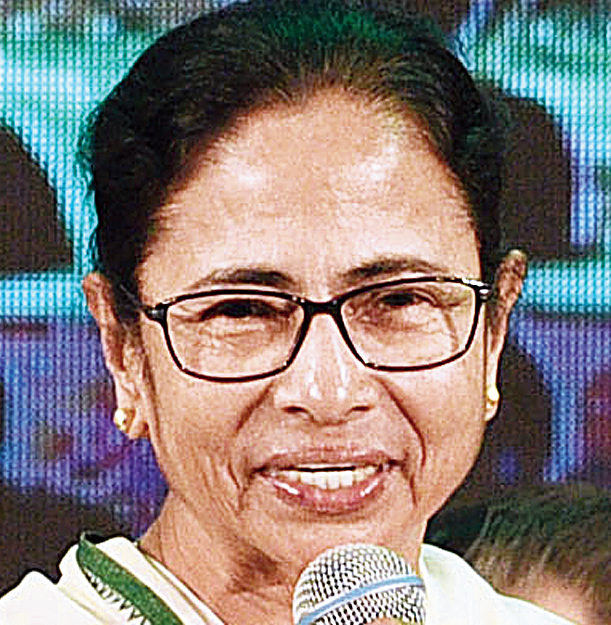 The source of joy was a letter from Congress president Rahul Gandhi extending his support to Saturday’s rally, viewed as Mamata’s attempt to create an anti-BJP platform ahead of the Lok Sabha polls.

“I extend my support to Mamata Di on this show of unity and hope that we send a powerful message of a united India together,” Rahul’s letter read.

The wording of the letter — in recognition of Mamata’s theme for the event being referred to as “United India Rally” — made Trinamul leaders so happy that it was widely circulated through WhatsApp internally within minutes of its receipt.

Congress leaders in Delhi insisted Rahul’s move should not be seen in the context of Bengal’s political dynamics, as his primary concern at this juncture is to sustain the anti-Modi narrative in the national discourse. They pointed out how, even after the SP and the BSP struck their seat deal minus the Congress, Rahul chose not to criticise the duo.

Trinamul sources listed three main reasons for their happiness. First, it was a validation of Mamata’s role as a glue in the non-BJP space, raising her stature as a national leader.

Second, it punctured claims from the BJP and the Bengal Opposition that Mamata was trying to play a K. Chandrashekar Rao-like role — described as the Trojan horse — by trying to promote a non-BJP as well as a non-Congress platform.

Last, the letter drilled holes into theories that Mamata and Rahul were not on the same page because both aspire to be the face of the anti-BJP formation.

“The letter came as an unexpected, timely boost. The Brigade meeting already has got national stature. With Rahul’s letter, she (Mamata) has been elevated to a new status,” said a Trinamul MP.

The Trinamul camp, which had been reluctant to talk about Rahul in the run-up to the rally, was suddenly abuzz with excitement. “The letter makes up for Sonia Gandhi’s absence,” said another Trinamul leader.

In the letter, Rahul referred to “powerful forces” in the Opposition, fuelled by the alleged anger and disappointment over “false promises and lies” peddled by the Narendra Modi-led Centre. Rahul mentioned the “hope of a new tomorrow” that moves such forces.

“The entire Opposition is united in our belief that true nationalism and development can only be defended on the tested pillars of democracy, social justice and secularism, ideas that the BJP and Modi are intent on destroying. We commend the great people of Bengal who have historically been at the forefront of defending our ideals,” Rahul wrote.

The letter was seen as part of a strategy of not being antagonistic towards those Opposition parties that are not in direct alliance with the Congress.

Sources in Delhi said the Congress might not fight the general election in alliance with Mamata’s party in Bengal, and the state unit nurtures extreme hostility towards her regime. But Rahul apparently decided to send the letter keeping in mind the overriding objective of keeping not only Trinamul but also all other parties attending Saturday’s rally on the same platform in the post-poll scenario.

Shoulders, however, dropped at Bidhan Bhavan — the Bengal Congress headquarters — with state chief Somen Mitra fumbling for a response to questions.

“Take it in writing from me, there will be no alliance with Trinamul here. There is no question of relenting in the fight against Trinamul. The letter is in the national context,” Mitra said.

But sources close to him said Rahul’s gesture was a “crushing blow” to the state Congress’s morale.