Approval for a communication-based train control and signalling system, leading to a reduction in the train frequency 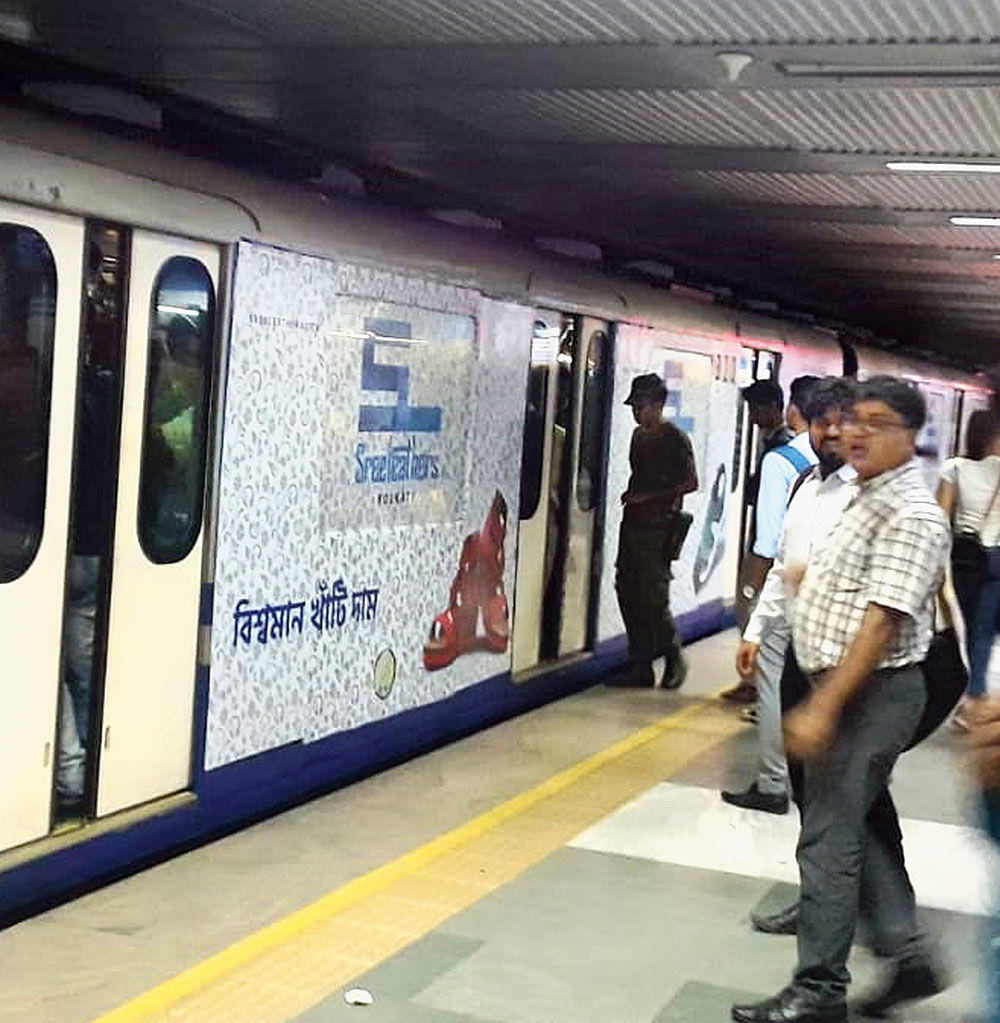 The Railway Board has approved a long-standing proposal of Metro Railway to upgrade its signalling system, clearing what officials said was the first significant step towards reducing the interval between two trains.

The target, officials said, is to reduce the interval to 90 seconds.

The long gap between two trains,which varies between 5 and 10 minutes, is the main reason for overcrowding and the cause for accidents such as the one that killed Sajal Kumar Kanjilal at Park Street station on July 13.

During rush hours and also after the service resumes after remaining suspended for some time, trains briefly run at an interval of 150 seconds.

Officials said reducing the gap between two trains to 90 seconds would go a long way in preventing last-moment attempts at boarding a train. Such attempts often result in a hand or some object getting stuck between closing door flaps.

Kanjilal was dragged to death after his hand got stuck in a door of a Kavi Subhash-bound air-conditioned train.

An official said the board’s in-principle approval for a communication-based train control and signalling system, which would lead to an increase in the train frequency, came recently.

The three main hurdles in reducing the gap are the existing signalling system and limited number of rakes and sub-stations. Metro has submitted a proposal to increase the number of sub-stations.

Metro has also sent a Rs 250-crore proposal to the board to replace the steel third rails with aluminium ones. The board is yet to respond. The existing stainless steel third rails, which supply power to the rakes, will be prone to damage if trains run at a shorter interval.

“A major technical bottleneck has been cleared, though on paper. The process to increase the frequency will take a few years,” an official said.

A train will pick up signal from the tracks and become a moving block. The tracks will be open for a train to move only when the preceding train moves. If the tracks ahead are blocked, a train will stop automatically.

East-West Metro will use the same method for running trains, which is also the norm in most advanced countries.

Trains on the north-south Metro route have a protection and warning system that makes them stop automatically if the signal is red.

“The number of trains will have to go up substantially if we are to reduce the interval to 90 seconds. In such a case, there will be more trains in each section (the entire route is split into a number of sections). The new signalling system is crucial to negating the possibility of a collision or any other safety hazard,” said a senior official.

The Metro authorities had sent a Rs 465-crore proposal to the board last year on the upgrade of the signalling system. It was rejected on technical ground, prompting the authorities to resend the proposal.

Officials said Rail Vikas Nigam Ltd, the implementing agency of several Metro projects in the city, had been asked to call a tender for installing the CBTC system.

The fleet strength won’t come in the way of reducing the interval once the new trains from Dalian Locomotive and Rolling Stock Co. of China start arriving, another official said.

Dalian has been awarded the contract to manufacture 14 rakes. The first train from China arrived in the Calcutta port in the first week of March and is undergoing trial. The oscillation trial, which will assess the range of oscillation of a rake at various speeds, will be held soon.

The Integral Coach Factory in Perambur, near Chennai, has been given a fresh contract to build 26 AC rakes. Six have arrived but they have been diagnosed with multiple problems and one had to be sent back for rectifications. “Once the problems are fixed, we will have enough rakes,” the official said.

There are 24 stations and 17 power sub-stations in the north-south corridor. The sub-stations receive power from CESC units and feed it to the third rail.

“Under the present arrangement, it is risky to have more than two trains in one section (the stretch between two sub-stations) because that can stop power supply to the third rail. Having a sub-station at each station will enable us to have more trains running in each section,” the official said.

A proposal to have seven more sub-stations is pending with the board, officials said.