They blocked the Kanchrapara-Barrackpore Road for two hours on Tuesday morning, demanding resumption of work suspended by the management two weeks ago 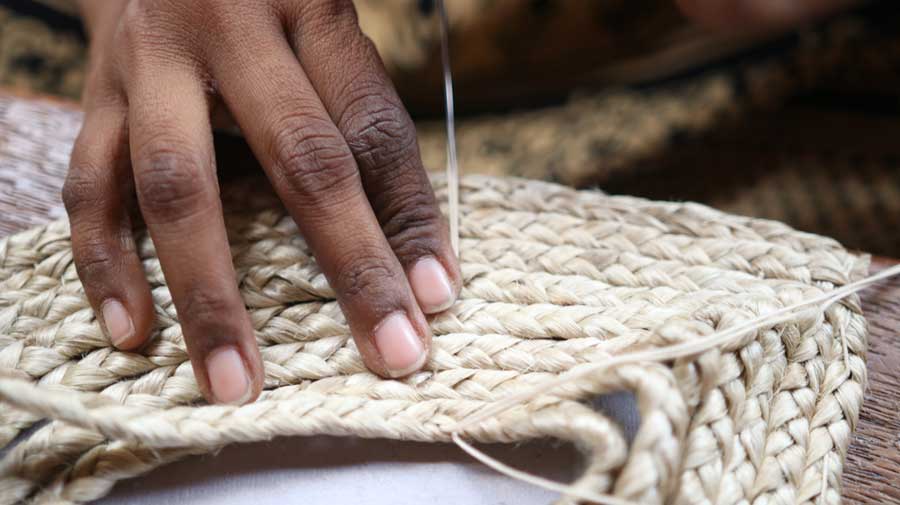 Furious over the sudden suspension of work that rendered around 3,000 workers jobless, all trade unions, including those backed by the CPM, the RSS, the Congress, and Trinamul, joined forces, in a rather unusual instance of solidarity, to demonstrate against the management, demanding immediate opening of the mill.
Shutterstock
Subhasish Chaudhuri   |   Jagaddal   |   Published 02.06.21, 01:59 AM

Some 1,000 workers attached to the Jagaddal-based JJI Jute Mill and belonging to trade unions of various parties blocked the Kanchrapara-Barrackpore Road for nearly two hours on Tuesday morning, demanding resumption of work suspended by the mill management two weeks ago.

The management had claimed insufficient supply of raw jute.

Furious over the sudden suspension of work that rendered around 3,000 workers jobless, all trade unions, including those backed by the CPM, the RSS, the Congress, and Trinamul, joined forces, in a rather unusual instance of solidarity, to demonstrate against the management, demanding immediate opening of the mill.

The blockade, which disrupted traffic during the morning rush hour, was also supported by workers of other closed jute mills in the Barrackpore industrial zone.

A team of local police and administration officials later met the agitating workers, and promised measures to ensure the reopening of the mill in seven days.

“At a time the state government has allowed the jute industry to work with only 40 per cent workers, because of the Covid-induced restrictions, the mill management suspended work altogether, effectively pushing us to the brink of starvation,” said a worker.

“The management claimed scarcity of raw material, but it should ask the government to take action against jute hoarders,” he added.

Gargi Chatterjee, the North 24-Parganas secretary of the CPM’s labour arm Citu, said: “One after the other, jute mills are closing down in the state, creating a major survival crisis for over one lakh workers and their families.”

“Amid the Covid-19 situation, management of the mills is playing dirty. Previously, they did not pay wages for the lockdown period, and now they are suspending work only to avoid the financial burden,” she said, adding that if the jute mills are shut down arbitrarily by the management sacrificing the interests of workers, they would stop all activities of the mill, such as sale of finished products.

Trinamul’s local MLA Somnath Shyam said the crisis was created in the industry because of a sudden hike in the price of jute.

“I have already taken up the matter at various levels of the state government, and also apprised the labour minister. I am hopeful that JJI Jute Mill will resume operations soon,” he said.“I am also trying my best so that many other mills in the Barrackpore industrial zone reopen soon,” the MLA added.

Industry insiders said that at least 16 jute mills have suspended work, apparently because of the paucity of raw jute, which led to the price hike.

Sources said the number of such closed jute mills in the Barrackpore region is seven.

State labour minister Becharam Manna announced that the Bengal government would provide required administrative support to the jute commissioner for executing such raids. The state government also issued an order for zero holding of raw jute by balers and traders to ensure availability and supply of the material to the mills.

A jute mill owner in North 24-Parganas said: “The hoarders of jute have created a crisis for the mills and their workers.”

“Unless the government takes action against such hoarders, more jute mills would be forced to down shutters,” he added.

On Tuesday, the jute commissioner issued an order disallowing the holding of raw jute outside mills after June 25.

The raw jute present with farmers, middlemen and sellers will have to be contracted before June 10. Physical delivery of jute to the mills has to be completed by June 25.

It implies the seller cannot stock raw jute beyond that date. No mill is allowed to receive delivery of raw jute between June 25 and July 20. Anyone found in defiance of the order would be sternly acted against.