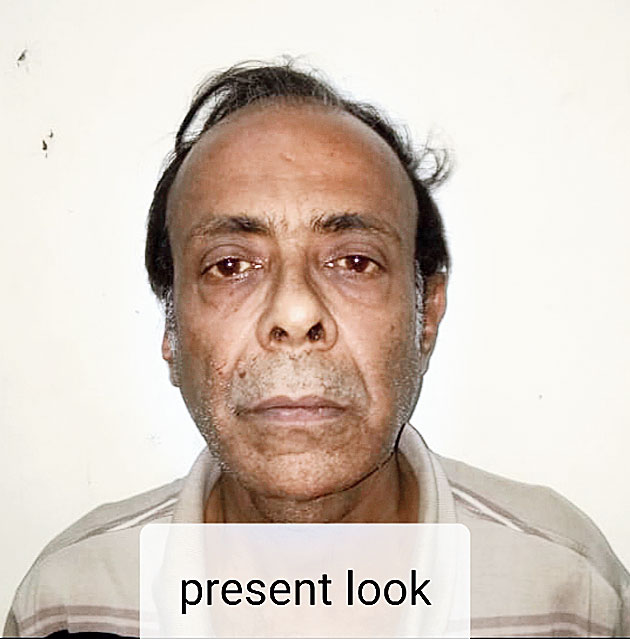 A retired upper division government clerk was arrested in Serampore, Hooghly, earlier this week on the charge of cheating people by promising them government jobs in exchange of money.

Anjan Sengupta, a resident of Belghoria in Calcutta, had been living in Serampore for the past year posing as a retired IAS officer, police said.

He operated between 2015 and 2017 and he had vanished after disposing of his properties, the officer said.

He had 14 bank accounts, which the police have frozen.

At his new home in Serampore where he had shifted a year ago, he apparently identified himself as Subir Pal after undergoing a complete makeover.

The people he had cheated include a nurse, some school and college teachers, an army officer and a state police sub-inspector, the officer said.

The nurse in her complaint with New Alipore police station in 2017 said that he had taken Rs 10 lakh from her for a job at a government hospital. The matter had been pending and fresh investigations started recently, the officer said.

His wife and son live in Rajasthan, the police said.

Sengupta who had been living at a rented flat in Serampore was considered to be “a respectful person” by his neighbours. Some of his neighbours were reluctant to believe his “fraudulent activities”, the police said.

An examination of his bank accounts apparently showed that he got a monthly pension of Rs 25,000 and he paid Rs 22,000 as rent every month. “We feel there are several others whom he had cheated,” another officer said.