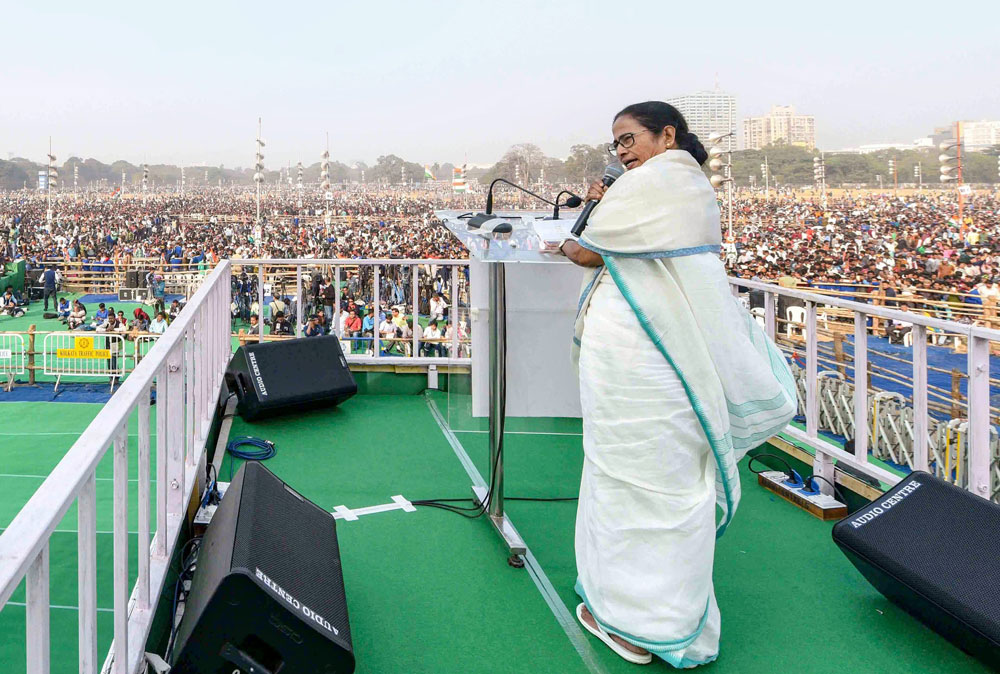 In the season of #10yearchallenge, guess who is not game for the Brigade challenge?

The jinxed rally of Prime Minister Narendra Modi at the Brigade Parade Grounds on February 8 has been deferred.

“Our central leaders are unsure whether a large enough crowd could be ensured to fill the Brigade Parade Grounds at such short notice…. We are postponing our February 8 meeting there,” Bengal BJP chief Dilip Ghosh said on Monday.

Let alone “filling” the Brigade, marshalling a turnout that would look fairly respectable on the sprawling grounds has always been a daunting task. The situation has been made more formidable for the BJP because the turnout at Modi’s rally would have invited an inevitable comparison with Saturday’s Opposition rally, which had drawn a huge crowd.

Sources said the BJP leadership realised that after a national audience witnessed lakhs descending on the Brigade for Mamata Banerjee’s rally, a modest turnout for the Prime Minister would have sent a wrong message.

Modi’s rally had originally been scheduled for January 23 but was rescheduled twice — first to January 29 and then to February 8.

Although Ghosh referred to “short notice”, other BJP leaders pointed out that Modi’s Brigade rally was announced in July last year after Mamata had announced her plans for her January 19 programme.

“The Prime Minister could come to Bengal on February 8 to address a public rally in Asansol instead,” Ghosh said, adding that Modi could address public meetings on January 28 in Bongaon’s Thakurnagar and on February 2 in Siliguri.

Although the BJP has called off Modi’s February 8 rally in the city, the Left Front is going ahead with its February 3 programme at the Brigade.