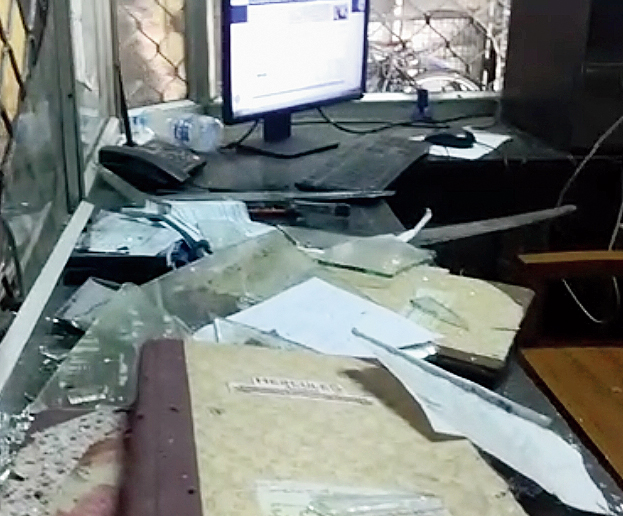 Family members and relatives of a quack who was under treatment at Malda Medical College and Hospital ransacked the office of the patient assistance centre on Wednesday morning after the patient died.

They alleged negligence on the part of hospital authorities.

Englishbazar police station rushed to the spot and brought the situation under control. Both the hospital authorities and the patient’s family have filed complaints with the police.

Sources said Kaiyum Ali, 55, a quack based in Kaliachak, was admitted to the hospital on Tuesday afternoon. He was having high fever and was unconscious. Later, doctors conducted tests and came to know that his platelet count has declined.

Mahmudul Hasan, the deceased’ son, alleged that the on duty private security guards stopped them from entering inside to donate blood in the evening.

“We were told that blood has to be infused to improve the platelet count. However, as around five of us tried to get inside to donate blood for my father as was advised by the doctors. The on duty security guards however, stopped us and some of them even assaulted us with sticks,” alleged Hasan.

“This caused delay in infusing blood to my father and he expired at midnight,” he added.

As the news spread, some more relatives and neighbours of the deceased turned up at MMCH on Wednesday morning. A fresh altercation ensued with the guards and soon, those from the patient’s side attacked the office room of the patient assistance centre at MMCH.