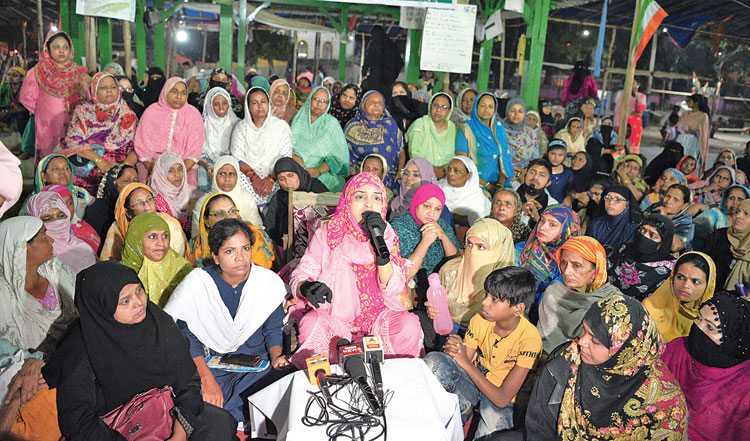 The vigil against the new citizenship matrix at Park Circus Maidan will continue unless otherwise directed by the state government, the organisers said on Monday.

“We will try to take necessary precautions but we are not abandoning the demonstration. Anyone who wants to donate hand sanitisers and other useful items is welcome,” one of the organisers said.

Asked about a possible prod from the state government to call off the vigil in the wake of the novel coronavirus, she said: “Let the government ask first. We will see then.”

The Park Circus demonstration, the oldest vigil against the citizenship thrust after Shaheen Bagh, completed 70 days on Monday.

But it was curtains, at least for now, for Asmat Jamil, who had started the vigil along with 60 other women on January 7. Jamil said she was ill and would be going to Mumbai for treatment. “I am staring at an uncertain future. Please pray for me so that I can return to Park Circus. Please see to it that our platform remains apolitical,” Jamil told the demonstrators on Monday night.

She recalled how the small group spent nights in the open in the nascent stage of the vigil. She remembered a fellow demonstrator who took ill during the protest and died later.

Hundreds of women at the venue joined in a prayer for Jamil’s recovery after her brief address.