Advertisement
Home / West-bengal / One call to mayor Firhad Hakim, and there was light

One call to mayor Firhad Hakim, and there was light

Rabin Datta, 76, had been trying in vain to get three street lights in front of his Behala home repaired 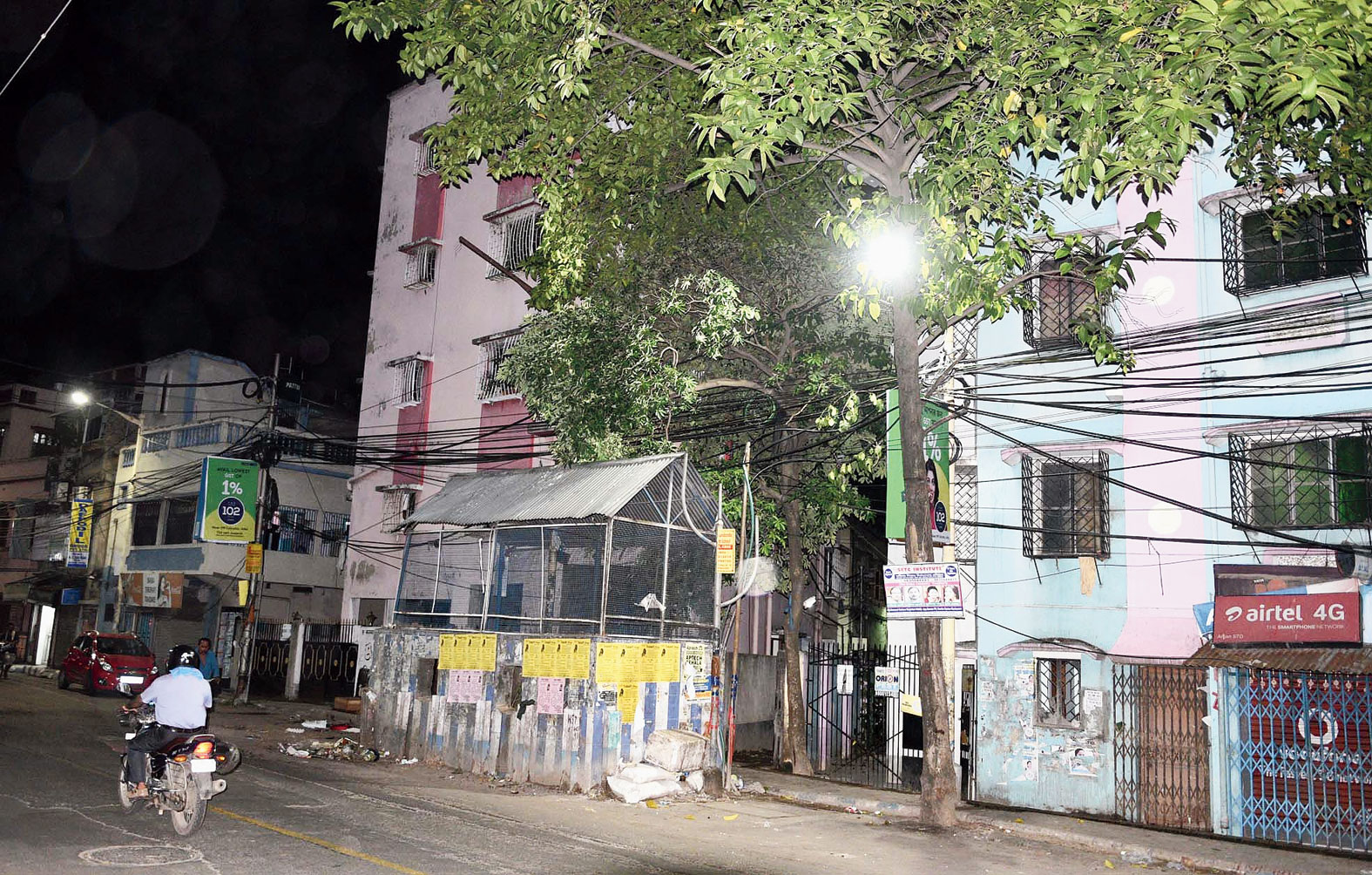 A 90-second phone call to mayor Firhad Hakim did in a day what repeated appeals to several departments of the Calcutta Municipal Corporation could not do over four months.

Rabin Datta, 76, had been trying in vain to get three street lights in front of his Behala home repaired. On Wednesday, Datta dialled the toll-free number on which the mayor has promised direct interaction with citizens and narrated his ordeal.

Datta told Hakim he had been calling up the civic body’s offices for months to get the lights fixed ever since his wife fell in the dark and injured a knee in April. The mayor promised action within 24 hours.

The lights were fixed on Thursday noon, well within the deadline. Men had swung into action on Wednesday night itself as they had been told to get the lights repaired on a war footing, a senior official of the CMC said.

The septuagenarian said he was relieved and surprised in equal measure. “I tried for months but in vain. A phone call that lasted one-and-a-half minutes got the job done so quickly,” said Datta, who lives with his wife in a four-storeyed building off James Long Sarani. 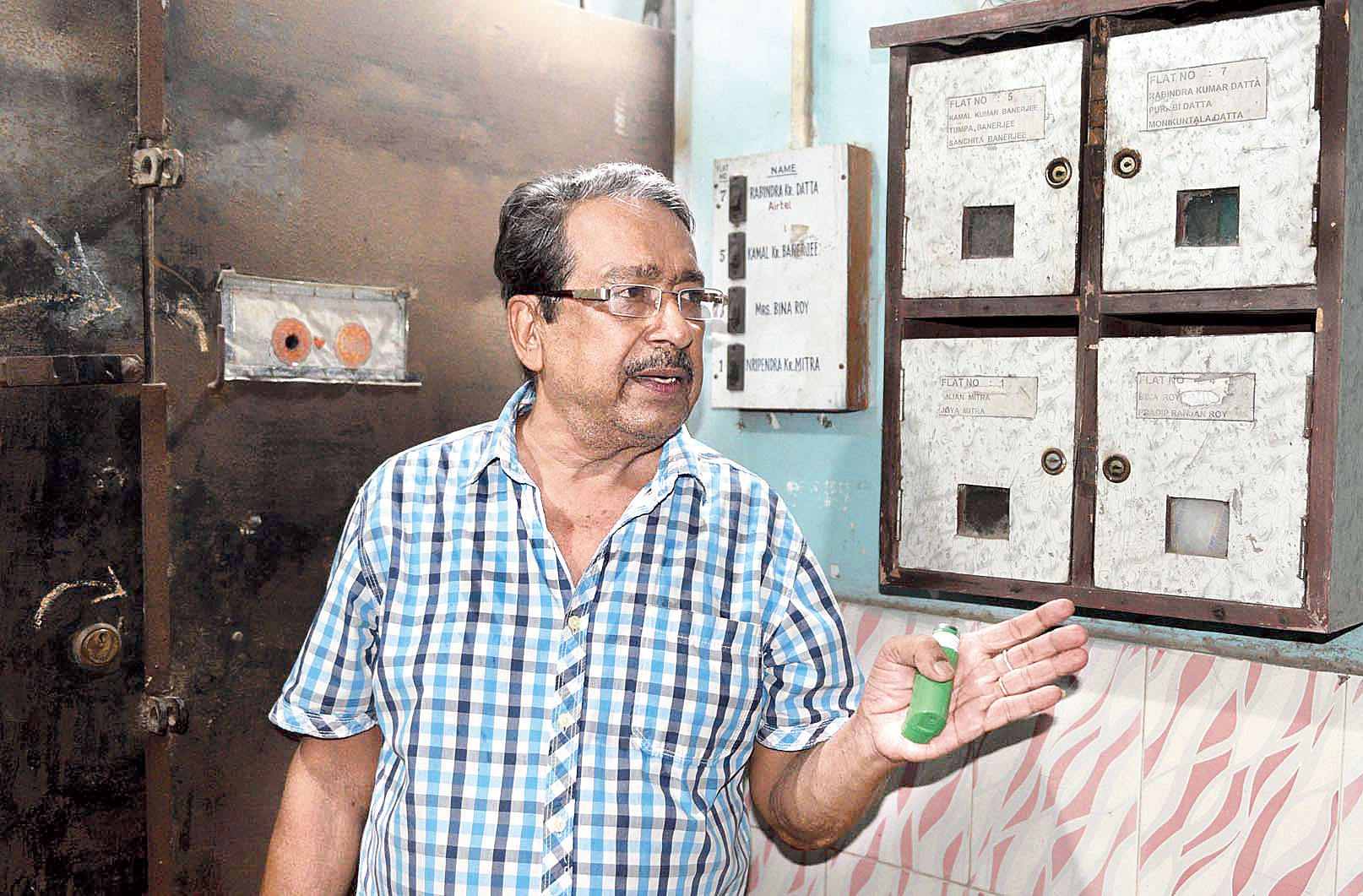 The road is one of the busiest in Behala and runs parallel to Diamond Harbour Road from Taratala to Thakurpukur.

The lights stopped working around six months ago and soon the area turned into a drinking den after sundown, residents said.

But what spurred Datta into action was his wife’s fall. The pavement outside the building is at least a foot higher than the surface of the courtyard. Datta’s wife tripped and fell on the road while leaving the house.

“It was pitch dark and she could not see anything. Her right knee was badly bruised and swollen,” Datta recounted to Metro.

Over the next three months, Datta tapped everyone from the local councillor’s office to the headquarters of the Calcutta Municipal Corporation (CMC), only to hear excuses from elected representatives, government officials and contractors for not repairing the lights. 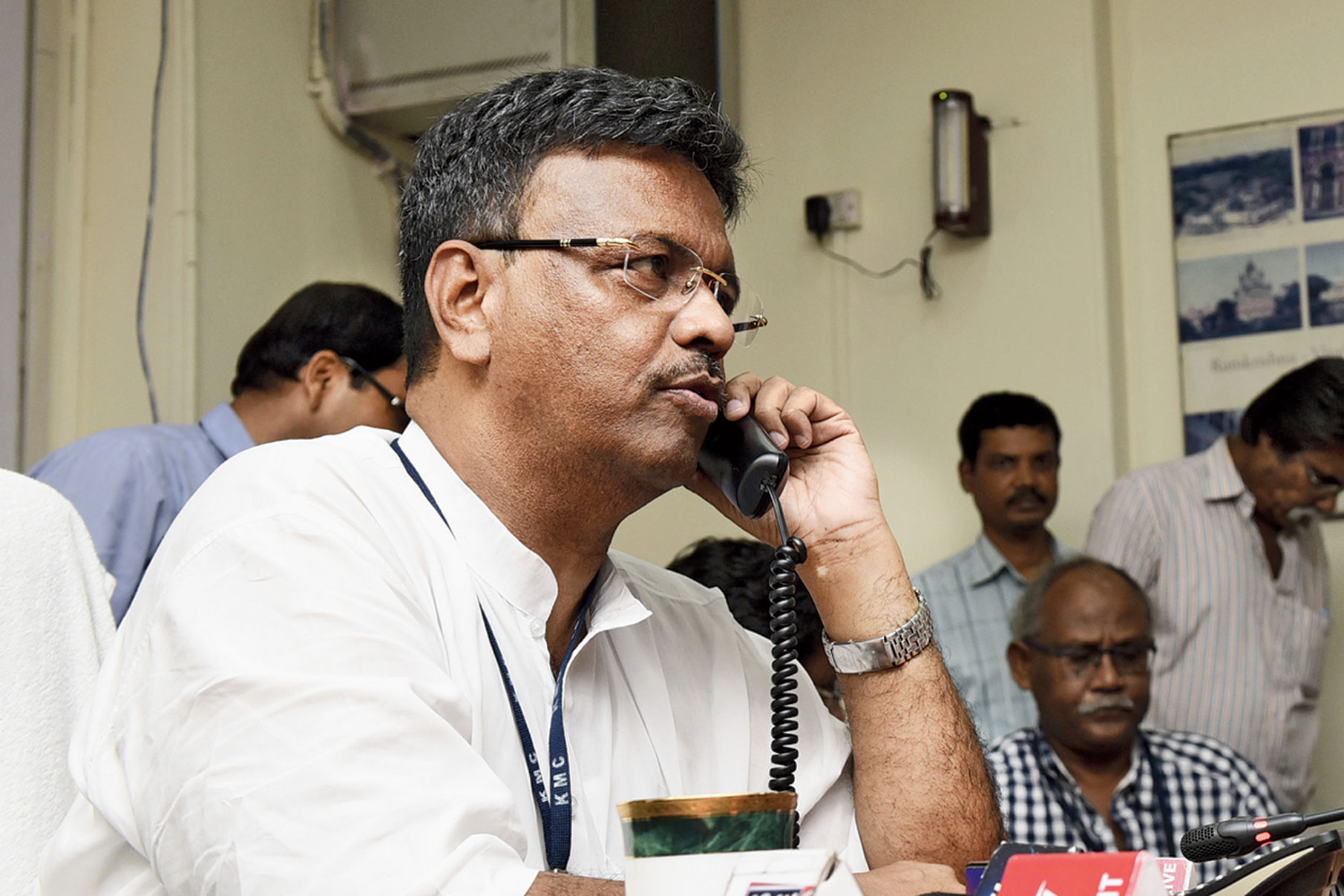 Mayor Firhad Hakim talks to a Calcuttan over the phone on Wednesday.
Picture by Sanat Kr. Sinha

The councillor’s office allegedly told him that the PWD was responsible for the upkeep of the road, while a civic contractor told him he did not have ladders high enough for the 25ft pole.

The delay shows how Calcuttans are denied basic civic amenities, as government agencies pass the buck.

Datta tried calling the local councillor first. Hearing that the PWD was responsible for the road, he called up the agency, only to be told that the road had long been handed back to the CMC. He then called up the borough office of the CMC in Behala but no one answered the call.

Multiple calls to the CMC headquarters later, Datta was able to get the number of a contractor who handles street lights in Behala.

The contractor allegedly cited the absence of ladders before blaming an underground cable fault for the delay. When Metro called up the contractor on Thursday, he cited the cable fault. He said the lights in front of Datta’s home were fixed with overhead cables because of a nudge “from the top”.