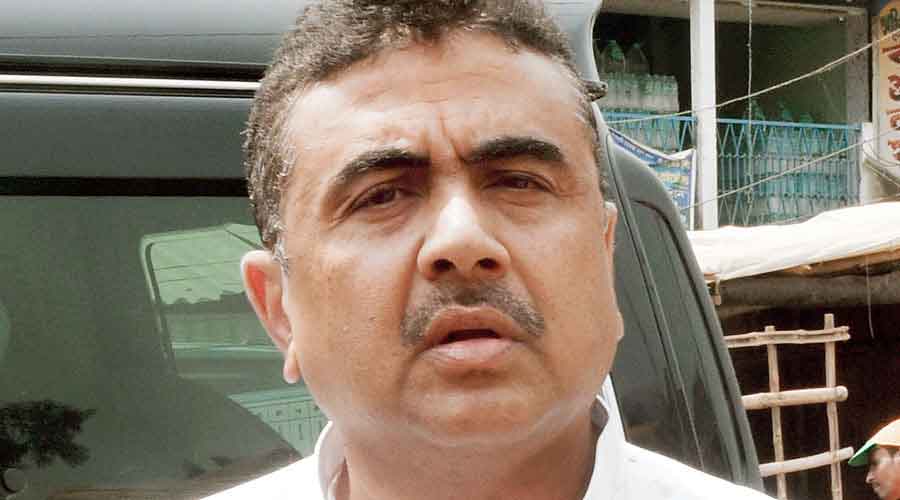 The Union home ministry’s notification issued on Monday to grant Indian citizenship under the Citizenship Act, 1955, to religious minorities of Pakistan and some other countries who now live in Gujarat, caused fresh embarrassment to Bengal BJP and its claim of soon implementing the Citizenship Amendment Act, 2019, in the state.

The Centre’s move to grant Indian citizenship to Gujarat residents while staying mum on the similar demand of the Matuas in Bengal has created unrest within the state BJP.

Responding to questions from journalists in Calcutta, BJP MLA and leader of the Opposition in the Assembly Suvendu Adhikari said: “Rolling out of the CAA has begun and Bengal won’t be left behind. Gujarat happened to be the first state but it (the CAA) will also be implemented in Bengal since it is a long-pending demand of our Matua community friends.”

Adhikari, however, was reminded that the Centre had invoked the provisions under the 1955 Act in Gujarat, not the CAA.

Reacting to the Gujarat notification, some leaders of the Matua community in Bengal who stood by the BJP only because of the CAA promise, decided to “show patience” for a few more months before taking a final call on the issue.

While the context of “citizenship” under the two acts (1955 and 2019) is quite different, the Bengal BJP is trying to link the home ministry’s Gujarat decision by claiming that the “Centre has begun enforcing the Citizenship Act, 2019”.

A BJP leader who did not want to be named said Adhikari’s reply on Tuesday was a ploy to buy his party time and hide the embarrassment that the delay in implementing the CAA has caused.

While the Citizenship Act, 1955, ensures citizenship to persons who have come to India after the Constitution came into being, the CAA seeks to fast-track citizenship on a case-to-case basis to non-Muslims who arrived in the country from a few neighbouring nations before 2015.

Speaking to The Telegraph, Sarkar said: “The provisions of the Citizenship Act 1955 is invoked to issue citizenship certificates to those who have legally entered India and formally appealed for citizenship. There are about 31,000 such applications pending with the home ministry, whereas around three crore Matuas are waiting for citizenship (under the CAA). The 1955 act cannot be used to provide citizenship to Matuas in Bengal."

Trinamul Congress leaders among Matuas have seized the Gujarat move to tell the community that the “BJP was taking them for a ride and using CAA as a bait to get votes”.

Former Trinamul MP and Matua Development Board chairman Mamatabala Thakur said, “BJP leaders in Bengal are misleading Matuas. The Gujarat move is part of the party’s agenda for polls in that state.”

Mamatabala also added that Trinamul wanted unconditional citizenship that should not be linked to one’s religion.

The BJP leadership claimed that provisions of the Citizenship Act have already been framed and it was a matter of time before the implementation would begin.

Union minister and All India Matua Mahasangha chief Shantanu Thakur said, “The Centre is committed to implementing the CAA. Litigations over the proposed implementation as well as the Covid pandemic have delayed the framing of legal provisions. At the same time, the federal structure of our country poses a problem for its implementation as the state government in Bengal is not supporting it, unlike the Gujarat government. Nevertheless, we are hopeful that the CAA will be implemented soon."