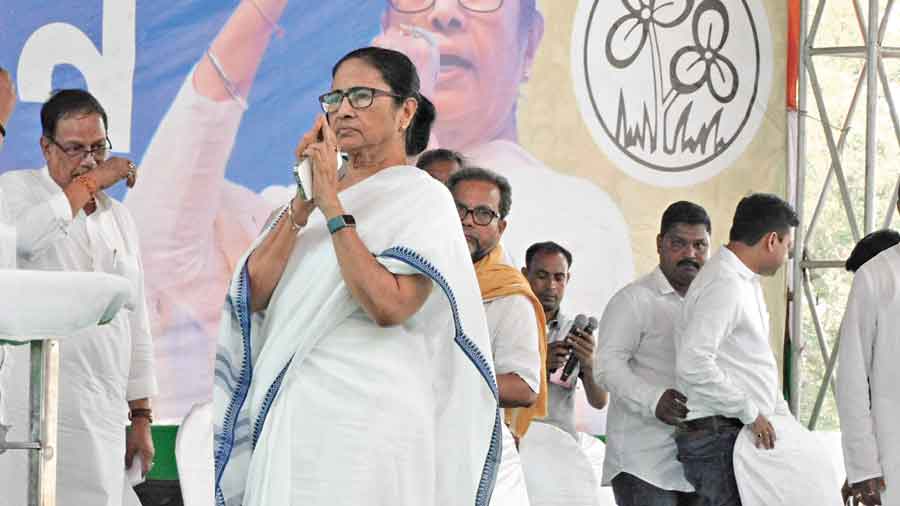 As demonstrators put up road blockades in several places of West Bengal's Howrah district to protest against the controversial speech of BJP leaders Nupur Sharma and Naveen Jindal, Chief Minister Mamata Banerjee on Thursday urged them to call off their stir in the state and go to New Delhi to protest.

The speech of the BJP leaders has tarnished the image of India across the globe and they should be arrested, Mamata told reporters.

"Road blockades are going on since morning in some places and people are suffering. I will request you (protestors) on behalf of the common people to call off the blockades as nothing has happened in West Bengal. Go to New Delhi and protest, where there is a BJP government. Go to Gujarat and UP, Banerjee said at the state secretariat.

India has faced diplomatic heat with strong reactions by Islamic countries to the controversial comments by two BJP functionaries against Prophet Mohammad.