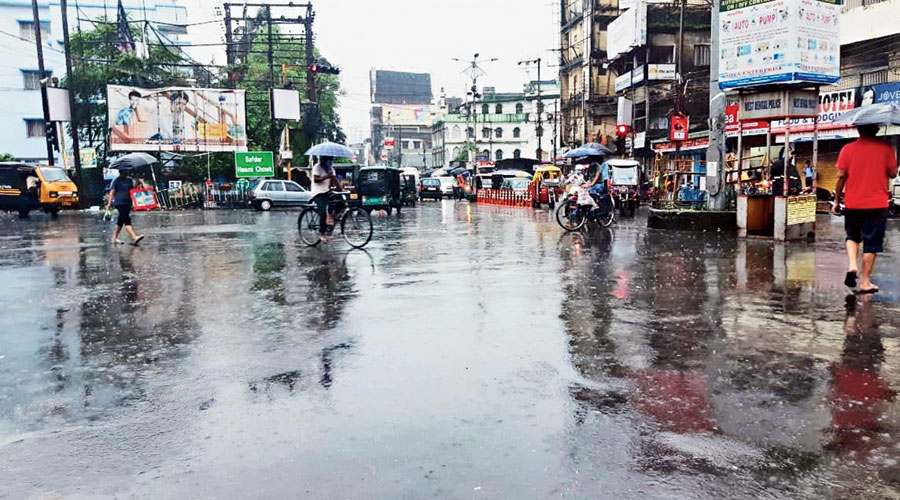 Weather experts have linked excessive rainfall this monsoon in most of the north Bengal districts to recurring landslides in the hills, and waterlogging and inundation in the plains over the last five months.

“Rainfall between January and September 23 this year is close to double the average annual rainfall... Such heavy rainfall is one of the main reasons behind landslides that brought life to a standstill in parts of north Bengal,” said Gopinath Raha, a weather expert in the regional Met office, Gangtok.

Not just landslides, excessive spell of rains caused havoc to agriculture in the region, he added.

A senior official of the state irrigation department, who collated rainfall data, said in districts such as Darjeeling, Kalimpong, Jalpaiguri, Alipurduar and Cooch Behar, embankments along several rivers were damaged.

“In some places like Alipurduar, it has rained 96 per cent more, that means, almost double the average annual rainfall, while in Siliguri, it has rained 36 per cent more. The lowest percentage of excess rainfall is 18, which indicates much more rainfall in the current monsoon season than in other years,” said Subhankar Chakraborty, the chief engineer, northeast division of the irrigation department.

Such excess rainfall made weather experts at the regional meteorological office in Gangtok analyse the situation.

According to them, during 150 days of monsoon months, rainfall was reported during 120 days in north Bengal. In Sikkim, it rained 112 days out of these 150 days.

“Since June, southwest monsoon has been hovering steadily over the region which caused the rainfall. Also, low pressure in Bay of Bengal added to moisture and increased frequency and intensity of downpour,” said Raha.

“We are analysing rain data of the past 10 years of this region to find out other factors that led to such high rainfall,” he added.

In Siliguri and surrounding areas, normal life got disrupted on Saturday as it started raining from Friday midnight and continued till Saturday late afternoon. Low-lying areas of the city like Ashoknagar, parts of Champasari and Ganganagar got waterlogged.

Road connectivity from Siliguri to Kalimpong, Sikkim and Dooars snapped for a couple of hours as a landslide occurred near the Kali Temple in Sevoke. A mudslide on 29th Mile on NH10 — around 45km from here — halted vehicles on the highway.

“We cleared the debris, and vehicular movement in a single flank resumed within two hours,” said a representative of one of the agencies engaged in restoration work.