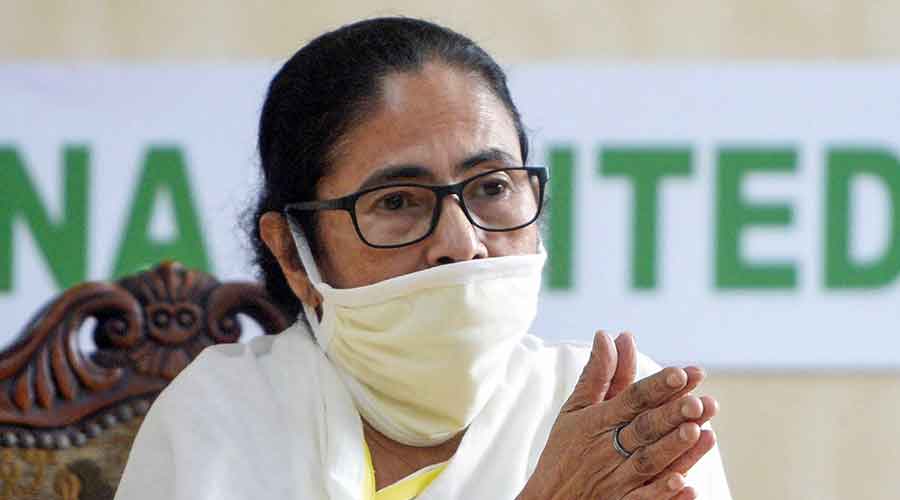 Bengal agriculture department officials have heaved a sigh of relief as the initial assessment suggests normal rainfall in most of the rice-producing districts has helped in completion of sowing of paddy in 90 per cent of the 44-lakh hectares of cultivable land in the state.

In view of the impact of Covid-19 on all sectors of the economy, the state government was worried about its likely impact on agriculture, the main vocation of over 70 per cent people in Bengal.

“The rainfall and the sowing reports, as of now, are satisfying,” said a source.

“The state has recorded 1,138.3mm of seasonal rainfall since June 1 till date against an average rainfall of 1,002.1mm during the period. As the rainfall has been distributed almost equally in the major rice-producing districts, sowing of paddy has been completed in 90 per cent of the cultivable land,” said a source in the agriculture department on Wednesday.

A fall in production in the kharif season — sowing of which ends officially on August 31 — could have created a major problem for the state for multiple reasons.

“People have moved back to rural areas after job losses and agriculture is absorbing them... Had there been poor rainfall, it would have caused social tension,” said a source.

According to him, if farmers fail to cultivate land during the kharif season, the production drops sharply and results in large-scale rural unemployment, which the state government couldn’t afford.

As everything went normal and more than 90 per cent of the farmland has been cultivated before the cut-off date for the season, the state government has heaved a sigh of relief.

A rough estimate by the agriculture department showed that nearly 60 lakh people had secured employment opportunities in the kharif season, which comes as a blessing in the backdrop of the pandemic.

“This has eased the situation in the rural areas. If the kharif season farming was hit, demand for employment would have increased. It could have been uncomfortable for the state government ahead of the 2021 Assembly polls,” said a source.

“About 1 lakh hectares of land in each of the districts remained uncultivated till date. This could create trouble for the districts,” said an official.

But agriculture minister Ashis Banerjee was hopeful of making up for the shortfall before the kharif season’s deadline.

“By August 31, the shortage of rainfall in these two districts would be covered as heavy rainfall has been predicted in these areas in the next few days. I believe that by August 31, we will be able to cover 100 per cent of the cultivable land in the state,” said the minister.

A Trinamul insider said if farmers could cultivate their land in the kharif season, it would solve many of their problems.

“If there was a shortage of rainfall, the farmers backed by Opposition parties could have started agitation demanding irrigation. Many of the farm labourers would not be able to earn livelihood. All these would have gone against us ahead of the Assembly polls. It is very relieving that everything has gone normal so far,” said the Trinamul MLA.