Advertisement
Home / West-bengal / No way for our soldiers to die, cries Sudip’s sister

No way for our soldiers to die, cries Sudip’s sister

The 2 CRPF jawans from Bengal were given gun salutes 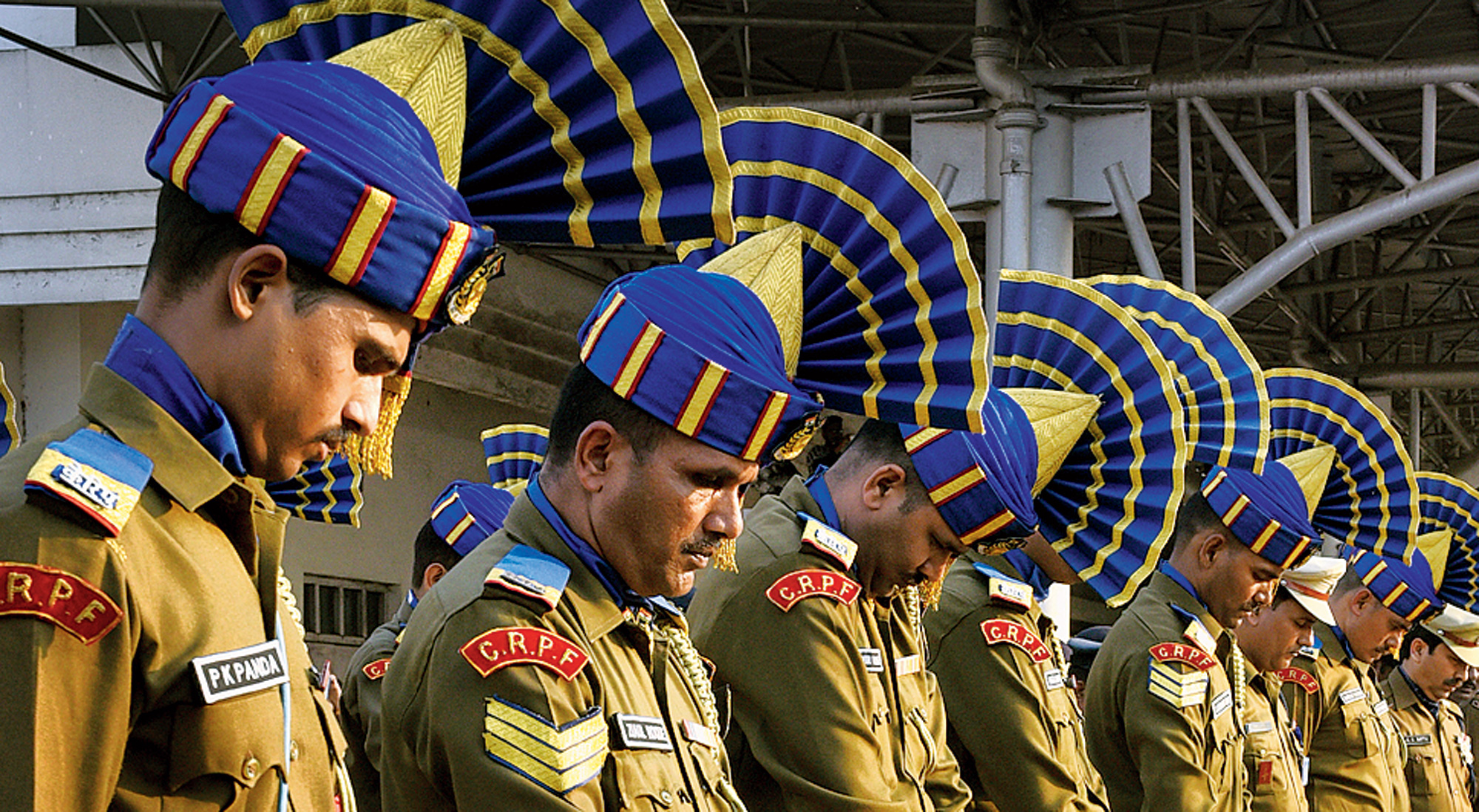 Senior CRPF officers received the bodies with full honours when the plane touched down in Calcutta, two days after constable Sudip, 27, and head constable Bablu, 38, were killed with 38 other colleagues in the Pulwama terror blast while on way to Srinagar from Jammu on Thursday.

They carried the coffins to a special stage. A red carpet was laid out in front of a table covered in a white sheet. The coffins were laid on the top. Senior officers from the CRPF, police, army and the air force laid wreaths. Relatives of Sudip and Bablu were present, as was Union minister Babul Supriyo.

The farewell was marked by a guard of honour to the sound of bugles as jawans rolled their guns down and the relatives struggled to hold back tears. Senior officers and Supriyo later carried the coffins and handed them over to the relatives.

Around 4pm, the last journey of Sudip and Bablu began for their homes at Tehatta in Nadia and Chawk Kashi in Howrah’s Bauria, respectively. By then, crowds had swelled outside their homes. Many of them had been waiting since the morning to catch the last glimpse of their parar chheley (local boys).

In Hanspukuria village of Tehatta, Sudip’s father Sanyasi and mother Mamata came out of bouts of unconsciousness while Jhumpa, his sister, cried inconsolably holding on to the coffin. “It could have been anyone else but my brother. Our soldiers are brave. But this is no way to die,” Jhumpa said.

CRPF sources Sudip was slated to reach Srinagar last week but had to stay back in Jammu to take care of one of his ill colleagues. “Our superiors had advised Sudip to take care of the colleague and later move with the convoy. Since his battalion (98) had already left last week, Sudip had to accompany members of the 54 Battalion. Unfortunately, the bus he boarded was hit,” one of Sudip’s colleagues said over phone from Kashmir.

It was raining and windy when a CRPF team reached Tehatta around 8pm on Saturday with Sudip’s coffin. Hundreds had gathered around the mud-walled tiled-roof house. Sudip had just started building a new house for his parents.

In Bauria, like in Tehatta, the CRPF offered a gun salute before the body of Bablu was taken out of his house to the crematorium. Hundreds walked behind his coffin.

Bablu had joined the CRPF in 2000 and would have been eligible for voluntary retirement by 2019-end. “We don’t know what’s next for us,” said sister-in-law Shampa Kar.