Hours after the Bengal government announced a partial lockdown on January 3, Ajoy Edwards declared that his outfit would halt all political activities 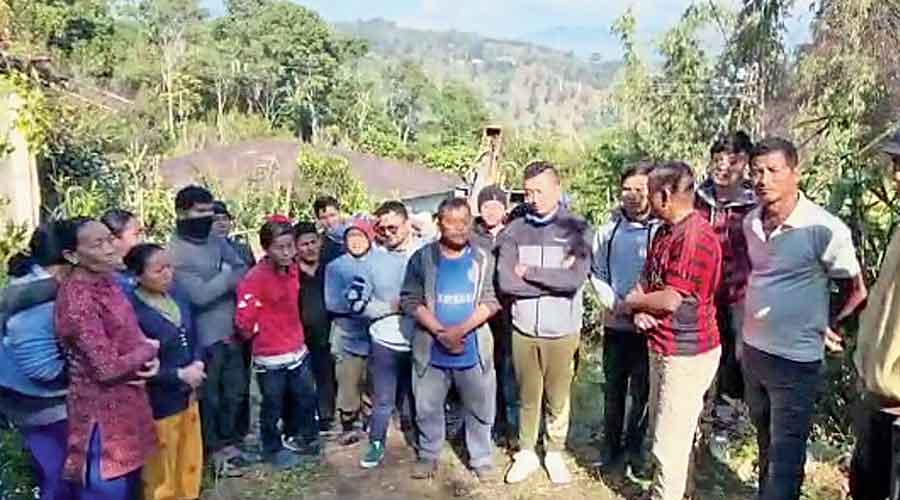 Hamro Party supporters visit a village in the Mirik subdivision as a part of the party's social drive
Telegraph photo
Vivek Chhetri   |   Darjeeling   |   Published 10.01.22, 02:01 AM

The fresh Covid-19 outbreak in India has brought political activities to a halt in the Darjeeling hills but the fledgling Hamro Party has immediately switched track and is indulging in social activities putting other established hill parties under pressure.

Hours after the Bengal government announced a partial lockdown on January 3, president of Hamro Party, Ajoy Edwards, announced that the party would halt all political activities. People were joining the party in Darjeeling almost every day till then.

“Keeping in mind the prevailing situation our party decided to stop all political activities at P-Khoti (the party’s office in Darjeeling),” said Edwards.

However, a closer look suggests that the Hamro Party has immediately engaged in social works since then.

On Wednesday members of the Hamro Party visited Toklang village in Mirik and handed over a wheelchair to a villager who was paralytic. On the same day, a four-member team of the party, met officials at the Bijanbari- Pulbazar block office to take up issues of eight landslide affected victims of Lebong valley in Darjeeling.

On Wednesday, financial help was extended to a lady, who is mentally unsound and to her blind daughter at Dara Dhura in Murmah in Mirik.

Members of the party also started road construction work at Thokar Goan Samaj in Mirik from Wednesday with the Hamro Party providing an excavator.

Similarly on Tuesday, the Hamro Party facilitated the treatment of nine patients from Gopaldhara and even provided them with free transport.  On the same day another road construction work was started by party activists under Kaijalay gram panchayat under Pulbazar police station.

Among other political parties, Anit Thapa, president of Bharatiya Gorkha Prajatrantrik Morcha, is visiting Mirik sub-division and looking after party activities in the area.

Binay Tamang, who recently joined the Trinamul held a meeting with party supporters in Darjeeling on Wednesday and also met some district officials.

Leaders of other hill political parties too are generally silent since the imposition of the partial lockdown.

“Edwards thrust and him coming into prominence has been because of his social work but the present activities through Hamro Party, which is a political platform, has put us and other political parties under pressure,” admitted an opposition leader who did not want to be named.