The commissioning of the Pakyong aerodrome in Sikkim is expected to ease the load on the Bagdogra airport as a number of air travellers in the Himalayan state and Kalimpong district will shift to the new facility. 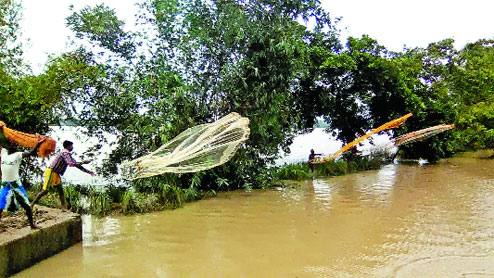 Siliguri: The commissioning of the Pakyong aerodrome in Sikkim is expected to ease the load on the Bagdogra airport as a number of air travellers in the Himalayan state and Kalimpong district will shift to the new facility.

The Bagdogra airport has been facing acute congestion because of inadequate infrastructure at the terminal. But the state government is yet to provide land to the Airports Authority of India for expansion of the terminal and allied facilities like car parking.

The airport at Pakyong, located around 35km from Gangtok and around 95km from here, is set to be inaugurated soon. Spicejet has been permitted by the Union civil aviation ministry to operate flights from Pakyong. The airline will operate Bombardier Q 400 planes with 78 seats on the Calcutta-Pakyong-Guwahati and the Delhi-Pakyong routes.

"It is obvious that the rush of passengers from Sikkim will considerably come down at Bagdogra. Also, a section of tourists to the Himalayan state will have the option to fly directly to Pakyong from Delhi and Calcutta," said a source in the AAI.

Residents of Kalimpong are also likely to avail themselves of flights from Pakyong, as it is only 56km from the hill town whereas Bagdogra is around 85km away.

However, unlike Bagdogra where around 27 flights operate a day, the number of flights, immediately after inauguration, will be less in Pakyong.

"But people always tend to access airports located closer to their places. In fact, from Darjeeling, Pakyong is 10km to 15 km of lesser travel than Bagdogra. Hence, there is always a chance that along with Sikkim, fliers from these neighbouring districts of Bengal will also try to catch flights from the new airport. Along with Spicejet, some other airline companies have shown interest in Pakyong," the source said.

This is why, an AAI official said, they expect that there would be some "respite" for Bagdogra, so far as congestion of passenger is concerned.

"Considering the unprecedented growth in Bagdogra's passenger traffic, it is important to have a new and extended terminal that can accommodate more passengers. But we could not get land from the state so far," the official said.

Much like the Sikkim residents, who are eagerly waiting for the final nod from the Centre which would formally bring the state into the air map of the country - the nod is expected to come after the March 10 visit of a team from the Director General of Civil Aviation and AAI - people with travel trade in the region are equally elated to have the second airport in north Bengal and Sikkim region.