Mohammed Hamza, who is Arsalan’s maternal uncle and helped Raghib escape to Dubai, has been arrested 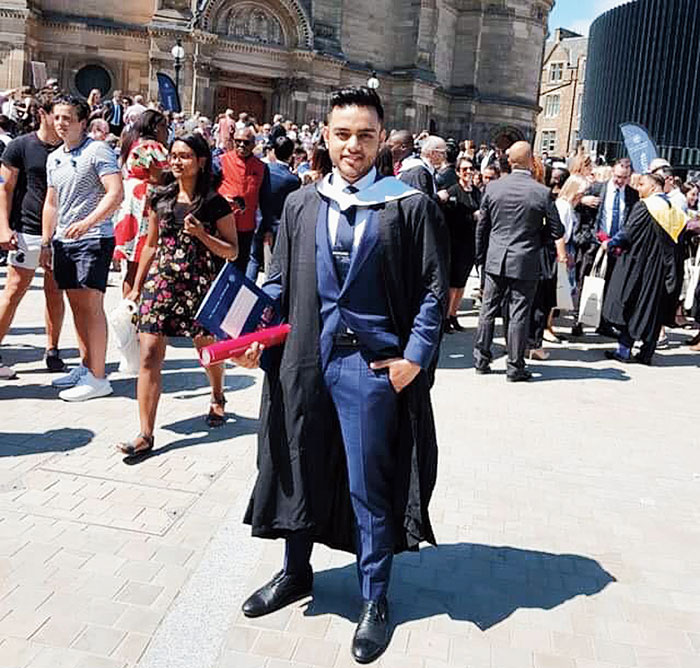 This is a curious case of two uncles — one who was said to have accompanied Arsalan Parwez to the police station, while another who allegedly helped the 21-year-old’s elder brother Raghib Parwez flee to Dubai around the same time.

Mohammed Hamza, who is Arsalan’s maternal uncle and helped Raghib escape to Dubai, has been arrested.

“Chhodiye na, (just leave it),” Z.A. Khan, the brother of Arsalan’s father who had accompanied his nephew to the Shakespeare Sarani police station on Saturday, told Metro on Wednesday when asked why the family had helped the real suspect flee and presented someone else before police.

The police said he had facilitated Raghib’s flight to Dubai on Saturday well aware that he was the accused and not his brother Arsalan.

Sources in the family said that soon after Raghib reached home early on Saturday, his father Akhtar Parwez held a meeting with family members and relatives to discuss the next course of action.

Sources said Raghib was “very scared” of going to the police and the possible consequences. He repeatedly told his kin that he didn’t hit the Mercedes knowingly.

“Dar se bhaag giya. Galti kiya (He fled out of fear. That was a mistake).”

Soon after the incident, family members had claimed that Raghib was studying in Australia and his mother was with him undergoing treatment. It now appears they had knowingly misled the police.

In a reconstruction of the events after the crash, the police said they had learnt that Raghib stepped out of the car and ran across the Theatre Road-Loudon Street crossing. He walked and run for some distance before calling up Hamza, who runs a business.

Hamza arrived in a car from his Karaya home and took Raghib to an undisclosed destination in the early hours of Saturday. From there Raghib returned home just before dawn and the meeting of family members took place within 30 minutes of his return.

“After spotting the car and scanning the records, we first found out the car owner. Then we sent a notice to the car owner under section 133 of Motor Vehicles Act (duty of owner of motor vehicle to give information) asking to turn up with the driver. On Saturday afternoon, it was Hamza who informed that Arsalan— and not Raghib — was the driver of the car,” said an officer of the detective department. “He knew he was suppressing the truth.”

The police said they would revisit the place where Hamza had dropped off Raghib in the early hours of Saturday to reconstruct the events.

Family sources said Raghib used his credit card to buy a ticket for Dubai and left for the airport within hours of the police completing the formalities of arresting his brother on Saturday evening. The family had opened its chain in Dubai’s Al Karama in November last year and Raghib thought he would be safe there.