Option of handing over memorandum to the government thwarted 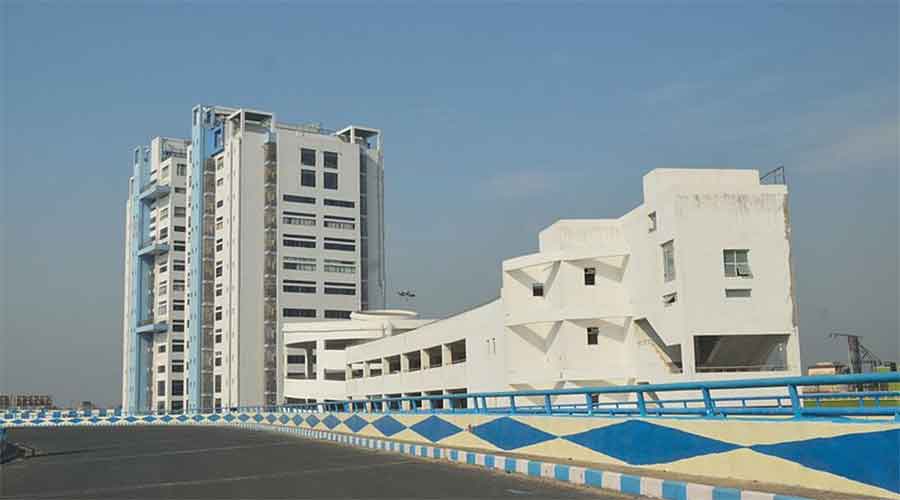 The Mamata Banerjee government has decided to shut Nabanna for sanitisation for two days from Thursday when the youth wing of the BJP is slated to hold a march to the state secretariat.

A government order issued on Wednesday evening said both Nabanna and Writer’s Buildings would remain closed on October 8 and 9.

Bangalore South MP and national chief of the Bharatiya Janata Yuva Morcha (BJYM) Tejasvi Surya is scheduled to lead the march which will begin around 11am on Thursday “against the misrule of the Mamata Banerjee government”.

State BJP president Dilip Ghosh said the rally would happen even though Nabanna would remain shut. “Mamata Banerjee is afraid of the BJP and hence, she is running away,”

In another order issued late at night, the government informed the BJYM leadership that the march had been planned in clear violation of government of India rules imposed in view of the Covid-19 pandemic. In its order, the state sought cooperation of the organisers and asked them to follow the “allowable” parameters of a democratic protest.

A section of the state BJP leadership raised doubts about the utility of the march as no one would be present at Nabanna in case the party intended to hand over a memorandum to the government.

A BJP leader said: “Usually, marches to Nabanna are stopped by police midway and party leaders go to Nabanna to hand over a memorandum or its list of demands. If the state secretariat remains closed, what is the point of the rally?”

A state BJP general secretary said if the march was not allowed to reach Nabanna, a public meeting would be held wherever it would be stopped.

Chief of the BJYM’s Bengal unit Saumitra Khan had said 2 lakh supporters would take part in the protest against unemployment and alleged breakdown of law and order in the state.

Though Khan remains upbeat about his plan, insiders in the party do not share his optimism.

The party has planned a four-pronged siege of Nabanna with Ghosh scheduled to lead the rally from the BJP state headquarters in central Calcutta. Surya and Khan will be marching to the state secretariat from Howrah Maidan, while BJP vice-president Mukul Roy and party’s Bengal co-minder Arvind Menon will give leadership to the group heading to Nabanna from Hastings. The fourth team of marchers will be led by senior leaders, including Sayantan Basu, from Santragachi in Howrah.

Khan said Mamata had been feeling unnerved over Thursday’s mammoth gathering and accused her of using government machinery to stop BJP supporters from reaching Calcutta.

“The streets of Calcutta are not Mamata Banerjee’s private property. It cannot happen that only she can march on the streets and we cannot,” Khan said.

Sources said the party tried in vain on Wednesday to get permission from the police to take out the rally. Though the BJP has accused Lalbazar of partisan behaviour, a police officer said as was the practice, the BJP’s application for the march had been received.

Even before BJP hit the streets in Calcutta, political temperatures soared in Birbhum’s Parui on Wednesday. BJP leaders in Parui said Trinamul goons had attacked party workers with crude bombs when they had gathered before going to submit a memorandum to the police station. Though no one was seriously hurt in the bomb attack, the police have detained five persons. Trinamul has, however, ruled out the involvement in the attack.