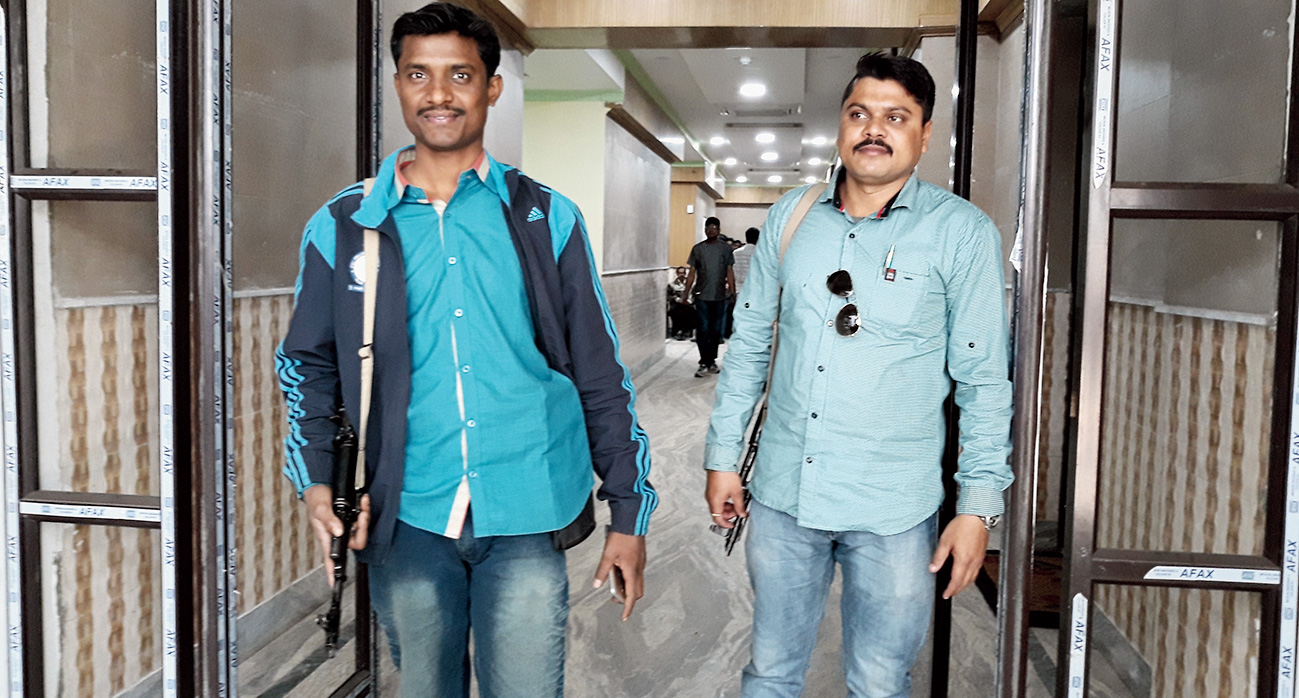 Police have provided an extra security guard to Birbhum zilla parishad sabhadipati and another functionary of the rural body in the wake of the murder of Trinamul Congress MLA Satyajit Biswas in Nadia’s Hanshkhali.

The police called an emergency security review meeting on Wednesday which will be attended by all MLAs and public representatives in the Birbhum district.

The sabhadipati, Bikash Roychowdhury, used to get two guards with pistols. He has been provided with an additional security person with an AK-47. One of his old guards also got an AK-47 to replace the pistol.

“I have noticed that an additional security guard has been given for me. This is completely police’s decision as I never asked for security enhancement,” Roychowdhury, a Trinamul leader, said.

Kerim Khan, a zilla parishad functionary who looks after public works, was given an additional guard to supplement two existing armed security personnel. Kerim, a Trinamul leader in Nanoor, was attacked by miscreants last year.

Police sources said the focus was on ruling party leaders and public representatives mainly in areas that had a background of clashes between Trinamul and the BJP.

“After the murder of an MLA in Nadia, we have to be careful. In Birbhum, there is history of political clashes in Mohammedbazar and several leaders, including three block presidents, were killed in Khoirasol. We are focusing on the leaders and public representatives of those areas where clashes and murders are frequent. We are giving priority to the leaders where the ruling party’s infighting is intense, like Nanoor,” a senior police officer said.

The police sources said they would step up the security of MLAs who currently have only one armed guard. All guards have been instructed not to go on leave without arranging for a substitute.

According to sources, protection was enhanced in Nadia district also following a police survey of the security of 16 Trinamul MLAs.

Nadia superintendent of police Rupesh Kumar, however, refused to comment on the new arrangement.

In Murshidabad, police have decided to send letters to all public representatives, requesting them not to give offs to their security persons without informing appropriate authority.