Chandrakala Sharma, 38, defends the village women’s team that also has her three daughters, Bandana, 22, Archana, 21 and Aradhana, 20, in the line-up 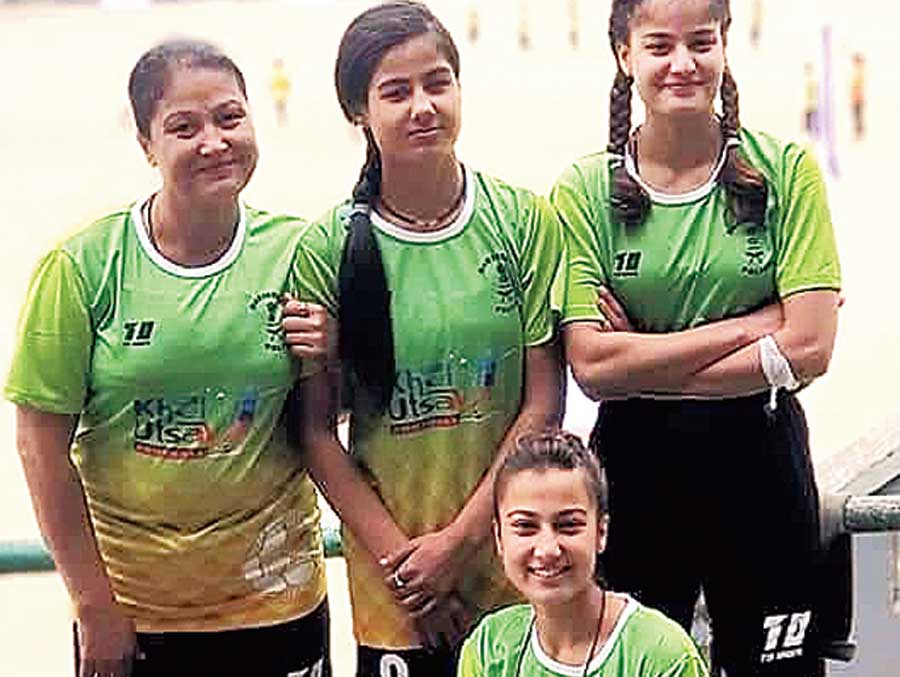 If football runs in a family, it is in the Sharma family from Karmatar village, some 40km from Darjeeling.

Chandrakala Sharma, 38, defends the village women’s team that also has her three daughters, Bandana, 22, Archana, 21 and Aradhana, 20, in the line-up.

Also, Chandrakala’s son Iswar, 18, is a footballer. Her husband Mani Raj, too, was a footballer, but stopped playing the beautiful game following a heart ailment some years ago.

Chandrakala and her family are regulars in village level football, but they shot to fame for participating as part of the local team, Rangeet Girls Football Association, in the recent mega football tournament organised by Darjeeling police.

A picture of the awesome foursome — Chandrakala and her three daughters — posted by Darjeeling Police, is earning rave reviews.

Darjeeling Police on Wednesday posted: “Hats off to this wonderful family for loving and participating in the beautiful game of Football…that’s probably the best pic we have seen which should give inspiration to one and all.”

Chandrakala, who’s from Thurbo in  West Sikkim, took to football at age nine and played for Sikkim “school state level team”, she said. “I married in 1996 and moved to Karmatar with my love, football,” she said. Not surprisingly, her daughters and son took the game like a fish takes to water.

“The Darjeeling police tournament gave us a platform to display our skill. We, however, lost in the quarterfinals in a penalty shootout, and this still hurts,” said Chandrakala.

During her prime, Chandrakala was a striker, but with age she has moved to defence while her daughters are strikers. Obviously, the mother is manager-cum-coach, though they have a local coach, Sagar Subba, to help them.

“We have a small car, Alto, but whenever there is a tourney in our village, the family bundles up in the car to go there and play,” Chandrakala said.

When does she scream more, at home or on the field?

“In both,” said her daughter Bandana who is doing her masters in zoology from Darjeeling Government College. “But, we are so proud of her.”

The Darjeeling police football tourney had an astounding 211 teams, including 25 women’s, which surprised even former Indian football skipper Bhaichung Bhutia, the chief guest of the finals on Tuesday.

The hill police is planning to start a volleyball tournament during the next phase of Khel Utsav.