Shila, the only adult female Royal Bengal Tiger at the park, had given birth to three female cubs in May this year 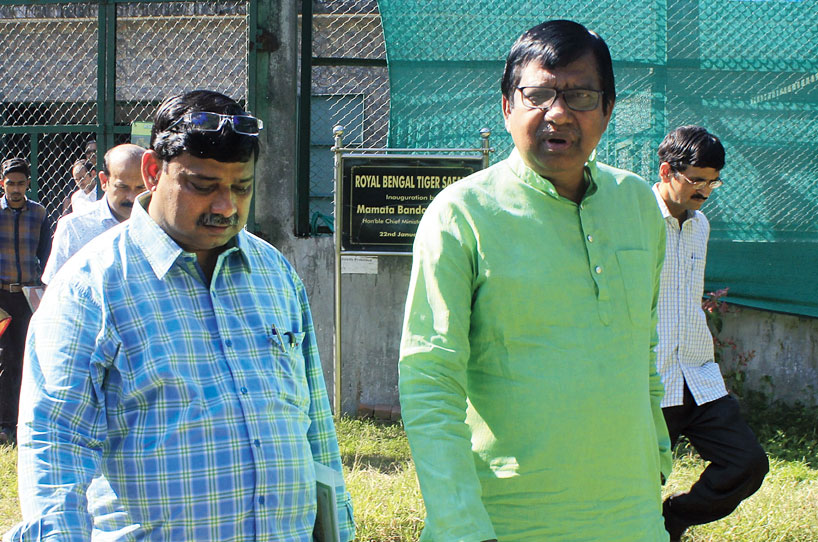 The death of a Royal Bengal Tiger cub at the Bengal Safari Park prompted state forest minister Binoy Krishna Burman and senior forest officials to rush to the area on Thursday to inspect the state of affairs.

“After the death of the tiger cub, we inspected the park with senior officials of our department to know the condition of the three adult tigers and two cubs there,” Burman said.

“An investigation has been started and samples of the dead cub’s carcass have been sent to the laboratory for tests to ascertain the cause of its death. We have also decided to build a separate enclosure at the park that will be used for captive breeding of tigers so that cubs can be kept away from infections in a secluded place,” the forest minister added.

The department has planned to bring a team of veterinary experts to the park to check the animals and the area for safety.

According to a forester, the area for the breeding centre will come up on 4.5 hectares. It will be an extension of the existing enclosure of tigers and the department will spend Rs 2.5 crore to build it.

Shila, the only adult female Royal Bengal Tiger at the park, had given birth to three female cubs in May this year.

One of these cubs, which were bred in captivity for the first time at the park, died on October 30.

“A five-member committee of veterinary experts from the state animal resource development department will visit the park soon. They will inspect the park and the animals and submit a report to us,” said Vinod Kumar Yadav, member secretary, West Bengal Zoo Authority, who was with the forest minister.

“Rajendra Jakhar, the director of the Padmaja Naidu Himalayan Zoological Park in Darjeeling has been directed to submit a report on the cub death as early as possible,” Yadav added.