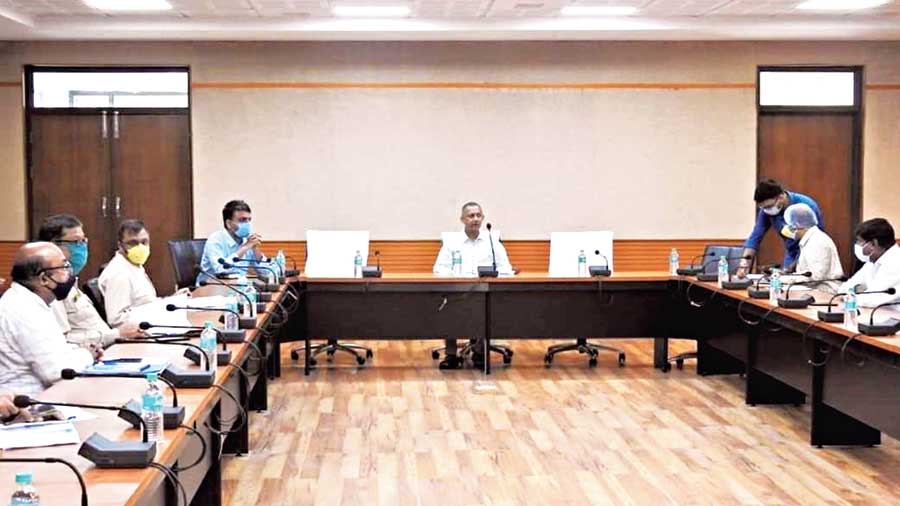 State tourism minister Gautam Deb held a meeting with officials of the National Highway Authority of India (NHAI) on Friday and took stock of the situation of the ongoing four-lane corridor project that was initiated around 20 years ago to connect north Bengal and the northeast.

The meeting, Deb said, was held as per instructions of chief minister Mamata Banerjee who wants the project to be completed at the earliest.

The four-lane expressway was planned to connect Porbandar of Gujarat with Silchar in Assam. It enters Bengal along NH31 through Purnia More, the junction of NH34 and NH31 at Dalkhola in North Dinajpur. From there, the road moves through the outskirts of Siliguri, Jalpaiguri, Falakata, Cooch Behar and Alipurduar and enters Assam.

“There are a number of stretches along the proposed corridor where the four-laning is yet to be done. While there are land issues in some locations, there are other tasks like shifting of power transmission towers in some places. The chief minister wants the project to finish at the earliest and that is why, we held the meeting to draw a plan so that the pending issues can be resolved,” Deb said after the meeting that was held at Uttarkanya, the branch secretariat of the state in Siliguri.

In course of the meeting, the minister also laid emphasis on early completion of the four-lane bypass at Islampur in North Dinajpur.

Till now, vehicles move along the two-lane NH31 in Islampur and road accidents are frequent in the town. As a part of the project, it has been planned to build the four-lane road a bypass so that traffic movement can ease in the town.

“We have also come to know that between Islampur and Goaltuli, on the outskirts of Siliguri, the road could not be widened as there are some stretches of private land. We will buy such plots and the NHAI will provide the funds. Also, some towers of the state power company need to be relocated,” the minister said. He mentioned that there are at least 11 stretches along the corridor’s alignment in Jalpaiguri district where there were disputes over acquisition of land. “The district magistrate of Jalpaiguri will hold a meeting with all concerned persons on the issue on September 9 to resolve these problems. A similar meeting would be held in Alipurduar on September 18. Further, the NHAI officials have been briefed in detail about the locations where service roads, traffic junctions and bypasses are required,” added Deb.