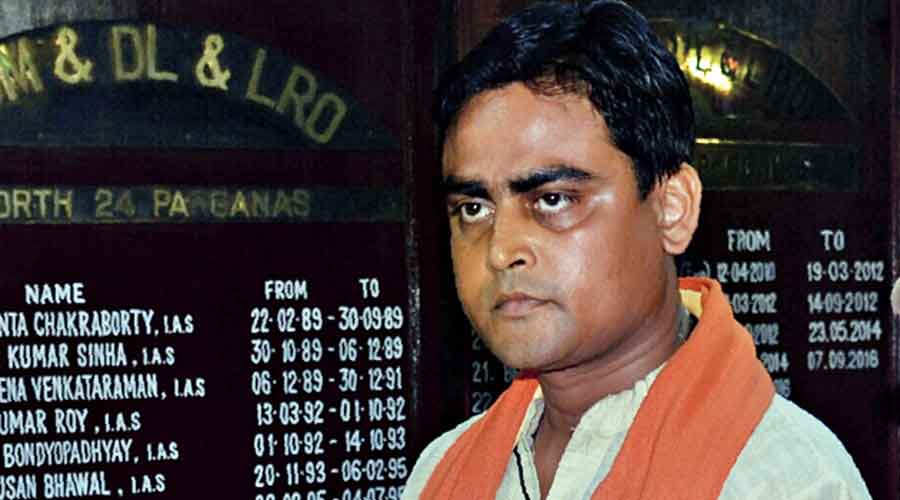 The “disillusioned” Matua community on Sunday announced that it would soon hit the streets to protest against the delay in the implementation of the Citizenship (Amendment) Act, 2019.

The announcement comes at a time when the chief of the community and BJP’s Bongaon MP Shantanu Thakur has publicly fallen apart with the current state leadership of his party.

While discontent within the Matua community has been brewing for quite a long time over the delay in framing the CAA rules, Thakur — who is the chief of the community — had asked his followers to be patient and have faith in the BJP-led Union government. However on Sunday, Thakur vowed full support to the protest movements planned by the Mahasangha, sources said.

“We have been denied our rights for long. We are disillusioned right now and hence have decided to organise nationwide protests demanding immediate implementation of the CAA. The central government can’t delay the process indefinitely,” said Mohitosh Baidya, a general secretary of the All India Matua Mahasangha, the umbrella organisation of the community, which will be organising the forthcoming protest events.

January 9 was the last day of the third extension the ministry of home affairs had sought from the two parliamentary committees of the Lok Sabha and the Rajya Sabha. However, a week later, the government hasn’t yet clarified when it plans to implement the CAA.Earlier two extensions, one till April 9, 2021, and another till July 9, 2021, had been granted to the MHA to frame the CAA rules. The contentious citizenship matrix, which led to nationwide protests, was passed in Parliament in December 2019.

“During earlier extensions Shantanu had asked his men to remain silent. This time he is seeing an opportunity here to have things his way. The decision to start protesting is well timed and not just a coincidence,” a BJP source said.

Thakur is leading a pack of BJP dissidents who have been dropped from the newly formed state committee. He held a meeting on Saturday with these dissidents and lashed out at the state unit’s general secretary (organisation) Amitava Chakraborty.

Though he did not name Chakraborty, he accused Chakraborty of trying to damage BJP’s prospects in the state by conspiring with the Trinamul Congress.A day later, Thakur met members of the Mahasangha. The meeting concluded with the association announcing protests against the delay in framing CAA rules. Sunday’s meeting was also attended by three BJP MLAs, Subrata Thakur, Ashok Kirtaniya and Mukutmani Adhikari. Kirtaniya and Adhikari are chiefs of the Mahasangha’s Bongaon North and Ranaghat South districts. The chiefs of 18 of the 25 organisational districts of the Mahasangha attended the meeting.

“The Mahasangha met to discuss its future course of action on Sunday and senior members proposed that we re-initiate our protests demanding citizenship. He (Thakur) gave us a go ahead and said that by virtue of being a minister he will be in a position to pursue the matter with the Union government,” Baidya said.

He added the protests will be organised outside Bengal in states like Tripura, where the Mahasangha has footprints.

Matuas are a group of lower caste Hindu refugees from Bangladesh who have been demanding citizenship rights in India for a long time.