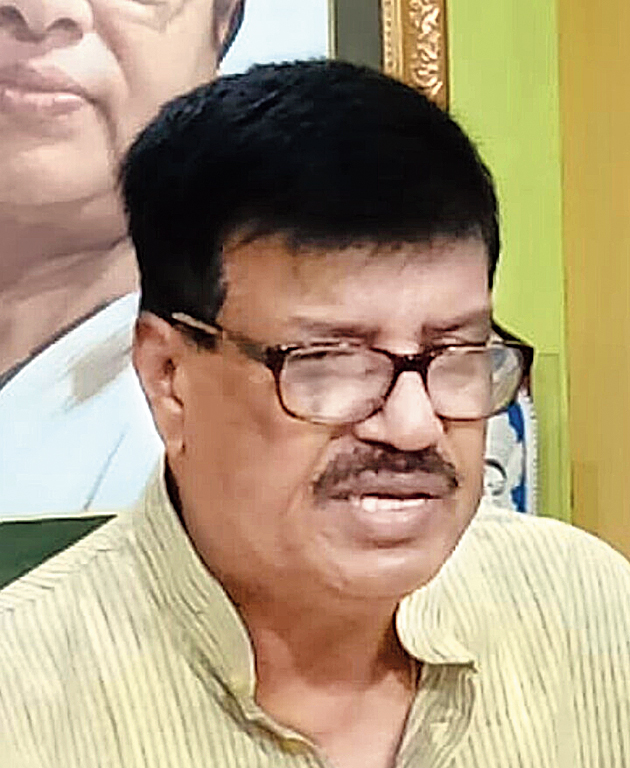 Mamata Banerjee on Friday removed Rabindranath Ghosh, one of her trusted lieutenants in north Bengal since the Trinamul Congress was formed in 1998, from the post of the Cooch Behar unit chief, days after the party’s loss to the BJP in the local Lok Sabha seat.

“In Cooch Behar, our new district president will be Binoy Krishna Burman. Rabindranath Ghosh will, however, continue to work as north Bengal development minister,” Mamata said in Calcutta.

The decision, Trinamul sources claimed, was the fallout of the dismal performance in the Cooch Behar parliamentary seat. Trinamul’s Paresh Chandra Adhikary lost to the BJP’s Nisith Pramanik by a margin of over 50,000 votes.

Asked about his removal, Ghosh said he wanted to step down himself, taking responsibility for the defeat. “I could not ensure the victory of our candidate in the parliamentary election. I have been in the post for the past 21 years and I should take responsibility for such a result,” he said.

“I will extend all possible help to the new district president and we will work together to strengthen the party’s support base here,” Ghosh added.

The Trinamul sources said Ghosh’s backing of the candidature of Adhikary, who defected to the party from the Forward Bloc last year, and not Roy, had not gone down well with the leadership.

But considering that Ghosh is the most important Trinamul leader in Cooch Behar and a popular face of the party in north Bengal, the decision to remove him has jolted many leaders.

“He is the fourth district president in north Bengal who has been relieved of his duties after the Lok Sabha results. However, what surprises us is that he is a party veteran and has been working with Mamata Banerjee for over three decades,” a Trinamul leader said.

Earlier, Mamata had announced the removal of the district unit presidents of Malda, and North and South Dinajpurs. Burman, the new Cooch Behar Trinamul president, had been removed as forest minister after the poll results and is now a minister without portfolio.

A Trinamul leader said Burman had a tough task ahead as he would have to tackle multiple lobbies and unite them.