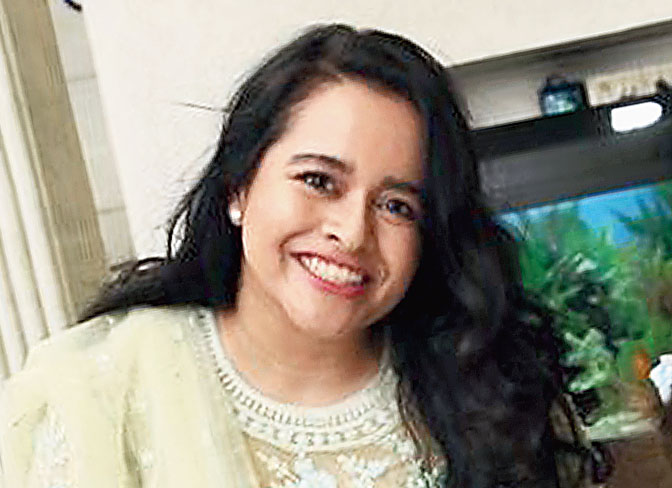 A young doctor and a medical student from prominent Trinamul Congress families showed solidarity with the protesting doctors, leaving many surprised.

One of them is nephew of chief minister Mamata Banerjee and the other is daughter of Calcutta mayor and urban development minister Firhad Hakim.

Abesh is a student of KPC Medical College, from where Shabba has graduated.

In a Facebook post on Wednesday Shabba said as a Trinamul supporter she was “deeply ashamed at the inaction and the silence of our leader”.

The chief minister said “they are children” when television channel ABP Ananda asked her about Shabba’s comment on Thursday night. “Don’t ask me these personal questions. They are children. Children get emotional. They do things on the basis of those emotions. They can. Please don’t drag me down to the level of criticising children. Let them,” she said.

Calls and text messages to Abesh from this newspaper were not responded.

Hakim, Shabba’s father, is a key aide to the chief minister.

His daughter’s Facebook post reads: “For those who do not know Doctors in government and most private hospitals are boycotting OPD but are still working in emergency. Unlike other professions we can’t just decide not to work because at the end of the day we have humanity.

“If there was a bus or taxi strike not one taxi driver or bus driver would provide you with any service no matter how dire the situation.

“Please question why goons are still surrounding hospitals and beating up doctors?

“We have a right to peaceful protest.

“We have a right to safety at work.

“P.S. as a TMC supporter I am deeply ashamed at the inaction and the silence of our leader.”

In reply to comments praising her, Shabba said the truth needed to be told and that “what is the point of living in India without free speech”.

Shabba has also shared a post by Doctors for Cause, “a non profit started by my wonderful juniors like Anujeet Paul, Arjun Talapatra and others”.

“Please if any of you feel unsafe make your way to KPC,” the post added, summing up the message from Doctors for Cause that has offered “refuge” at KPC.

Shabba shared a video clip purportedly taken at Burdwan Medical College and Hospital and wrote: “As you see emergency cases are still being treated. Even in the face of violence, doctors still do their duty.

“Outdoor Patient Department is for non critical, non emergent cases. That is the only division that is being closed.

“Patients in wards are still being treated.”

“So since we as doctors take care of you in your critical times, you should stand with us in ours.”