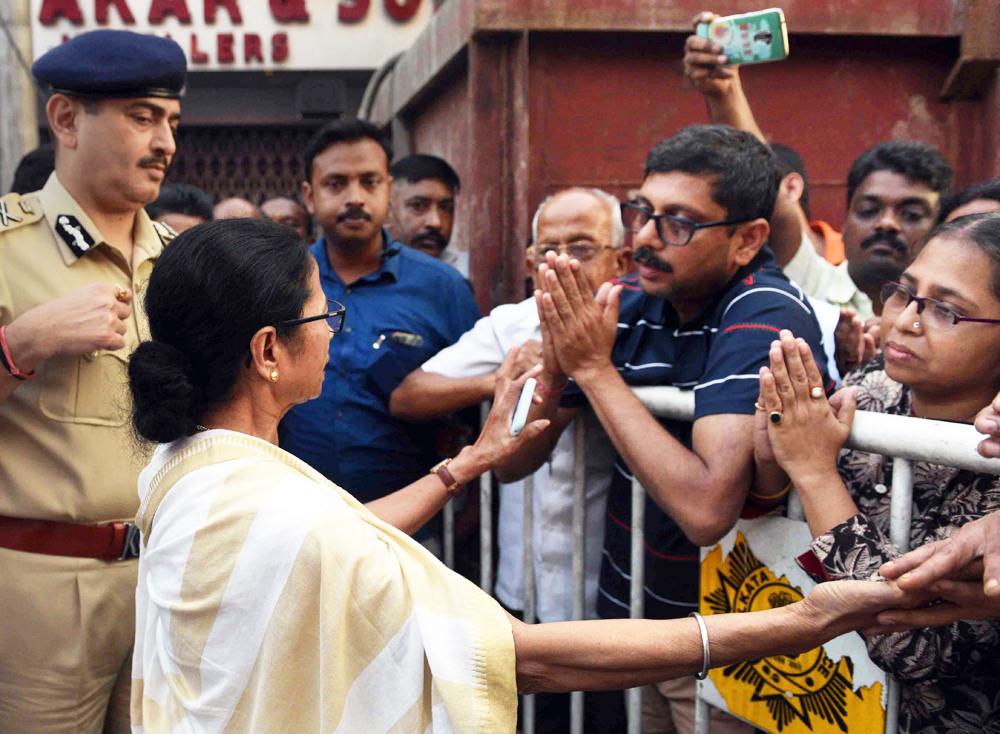 Chief minister Mamata Banerjee on Tuesday proposed to the central Kolkata Metro Rail Corporation (KMRC) compensatory measures for people who would have to leave their homes and shops in the 52 buildings that are feared damaged at Bowbazar because of water leaking into a tunnel for the East West Metro.

“People have to be shifted from 52 buildings because of the mishap. It is apprehended that people might have to be evacuated from another two to four buildings. People who have to be shifted are in trouble. We have requested the Metro authorities to consider compensatory packages on humanitarian grounds,” Mamata said after a meeting at Nabanna on Tuesday where Metro general manager P.C. Sharma and KMRC managing director Manas Sarkar were present. Representatives from some of the affected families also attended the meeting.

The government’s proposals include:

The chief minister came forward to help a family that has a wedding lined up soon. “The state government and the KMRC will give Rs 5 lakh each to the family for their daughter’s wedding,” Mamata said.

KMRC MD Sarkar said the corporation was working on reconstructing damaged houses and shops. The remaining proposals will have to be placed before the KMRC’s nine-member board of directors.

“We have already accepted the rehabilitation proposals…. But regarding the compensation, the nine-member board of directors will take the final call,” he said.

Mamata announced that a control room would be opened to help those who have lost their documents. “Be it Aadhaar card, ration card, health card or any other document, officials will help people get the documents afresh,” she said.

The chief minister has set up a committee under the chief secretary to monitor the progress on compensation and rehabilitation.