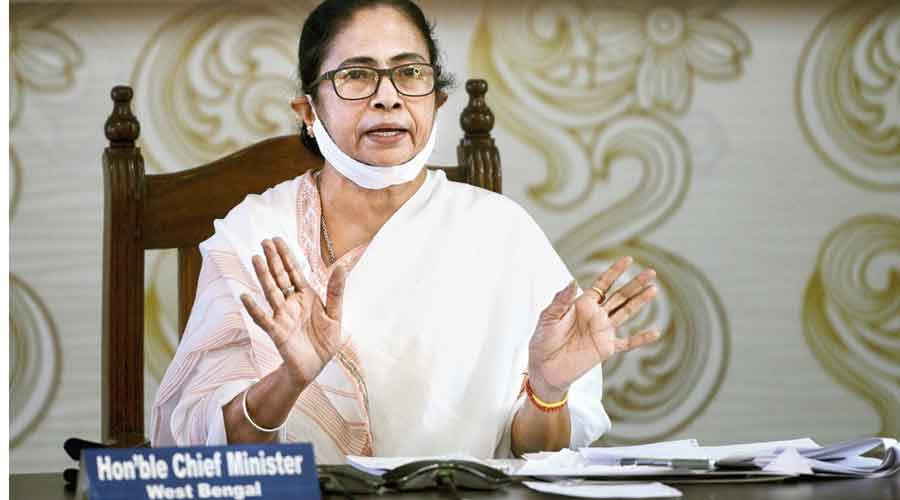 'The chief minister argued that optimal number of trials and fool-proof studies through such trials were needed.'
Telegraph file picture
Pranesh Sarkar   |   Calcutta   |   Published 12.01.21, 02:43 AM

Mamata Banerjee asked whether “adequate scientific confirmation” was available in favour of two Covid-19 vaccines (Covishield and Covaxin) being offered by the Centre during her video conference with Prime Minister Narendra Modi on Monday afternoon.

“The chief minister wondered whether adequate scientific confirmation was available in favour of the two vaccines which will be administered in the first phase,” said a source.

During the meeting, the Bengal chief minister also asked why the states were left with no option of choosing from among the candidate vaccines before wondering whether the vaccines were fast tracked, a senior official aware of the discussions held at the meeting told this correspondent.

Mamata was one of the handful of speakers in the video conference between the chief ministers of all states and the Prime Minister, sources said.

“The chief minister argued that optimal number of trials and fool-proof studies through such trials were needed,” said a source.

Sources at Nabanna said professor Vinod K. Paul, member of Niti Ayog, responded to the chief minister’s worries and assured her that both the vaccines were completely safe based on scientific evidence.

“He told the chief minister that there was no evidence of serious side-effects,” said a source.

The chief minister then assured the Prime Minister that Bengal was fully prepared with 44,000 vaccinators and 4,000 vaccine administration centres.

Mamata also asked Modi what the Centre’s policy on providing Covid-19 vaccines to the remaining 127 crore population in the country would be. The question was raised after he had made it clear that the Centre would provide free vaccines to 3 crore health workers and frontline workers, who would be administered vaccines in the first two phases.

“She requested him to roll out a detailed roadmap regarding vaccination of people at large… She also wanted the Centre to make it clear whether the states need to procure vaccines for the rest of the population (beyond the prioritised categories),” said an official.

In his reply, the Prime Minister told Mamata that the issue would be discussed with the states on completion of the first two phases of vaccines, the sources said.

“The chief minister made it clear that the state is ready to procure vaccines for the larger section of the society and in that case the centre should provide necessary guidance in procuring vaccines,” said an official.