'I won't comment on ministry reshuffle. Will reshuffle end the woes of the people?' 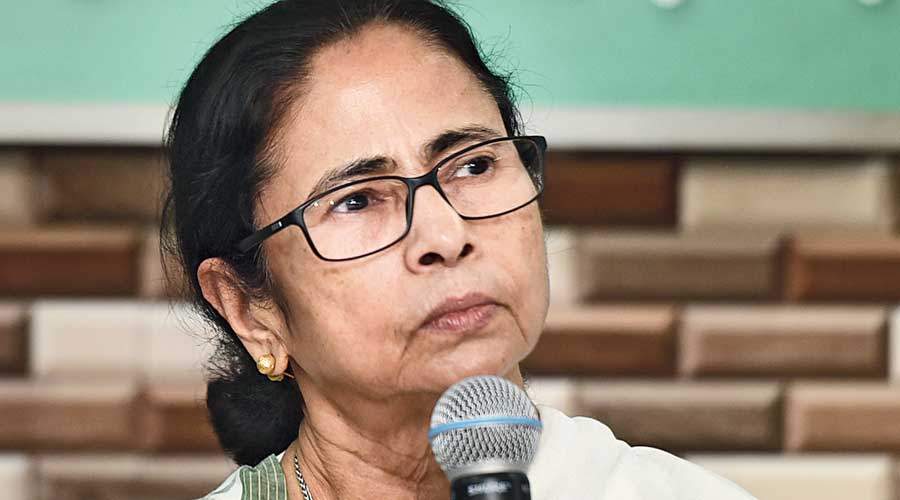 Bengal Chief Minister Mamata Banerjee on Wednesday slammed Prime Minister Narendra Modi for "making a mess of the country's economy" and urged him to hold 'petrol and vaccine ki baat' instead of 'Mann ki Baat.

Referring to the proposed Union Cabinet reshuffle, the chief minister, during a press meet in Calcutta, said the removal of Babul Supriyo from the council of ministers shows that "they (BJP government) have also lost it even before the arrival of their end" in 2024.

Noting that none of the letters she wrote to the PM evoked any response, Mamata said despite appeals for Jagdeep Dhankhar's removal as governor, nothing was done about it.

"The entire economy is in the doldrums. Fuel prices are increasing everyday and the Union government is sitting idle.

"Our prime minister is only busy with his Mann ki Baat. He should instead hold petrol ki baat, diesel ki baat and vaccine ki baat," she insisted.

Asked about the possibility of BJP MP John Barla's induction in the Union ministry, weeks after he demanded a separate union territory for North Bengal, Mamata said it will reflect the "divisive mindset" of the saffron party.

"I won't comment on ministry reshuffle. Will reshuffle end the woes of the people?" she added.