Luxury offer in Calcutta during slowdown 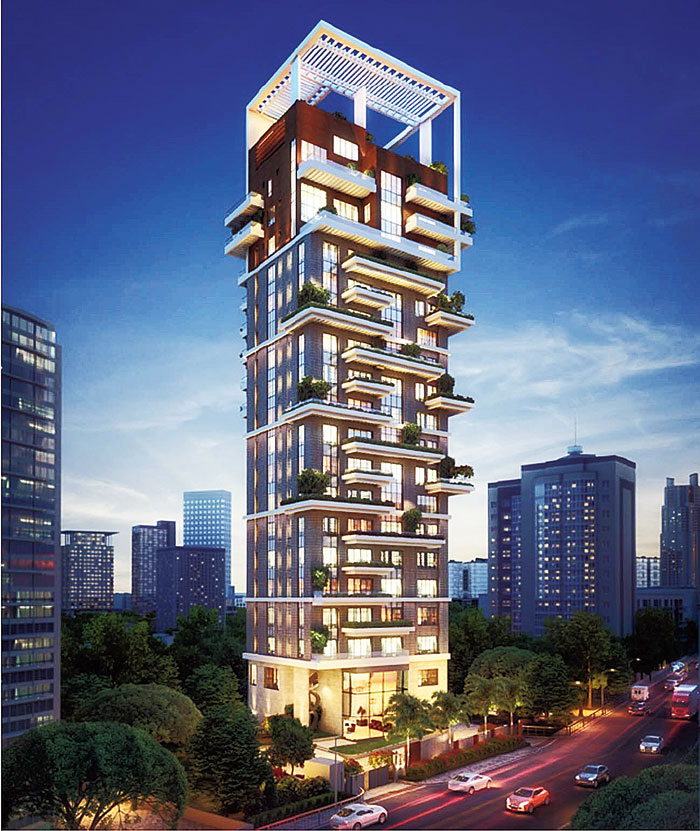 An artist’s impression of the upcoming property on Ballygunge Circular Road
Sourced by The Telegraph
Our Special Correspondent   |   Calcutta   |   Published 28.08.19, 08:55 PM

A builder who made it big in India’s tech capital is returning to the city where he grew up with a project that will test Calcutta’s appetite for luxury at a time murmurs of economic slowdown are growing louder by the day.

Abhishek Agarwal of DRA Group, which along with two partners, owns and manages several IT parks in Bangalore, has launched a luxury boutique residential property on Ballygunge Circular Road in south Calcutta.

The B+G+19 tower has broken ground on a 34-cottah plot where only 14 units will be up for sale because the promoter-owner plans to retain the top four floors for himself to live with his family.

There will be only one apartment, billed as skyvilla because of the expanse of the floor and private balcony that could be as large as 450sqft, on each floor. The size of the apartments will vary between 4,600sqft and 5,200sqft.

As any large apartment on that stretch attracts an eye-popping price tag, popular wisdom would hold that sale could be on the slow lane.

But Agarwal is unfazed. “I have already sold three units. The rest will follow. I am very sure that there are enough buyers in the city. It may take some time but that’s okay,” Agarwal said.

His family is one of three promoters of RGA Software Systems (P) Ltd, along with Rajya Sabha MP from Karnataka Kupendra Reddy and Arun Kumar Goel. The company owns and operates over 10 million square feet of office space leased out to international and Indian companies such as Accenture, Intel, Capgemini and Wipro.

Luxury real estate has borne the biggest brunt of the Narendra Modi government’s demonetisation drive in 2016. Many in the industry had then pointed out that cash transactions were an integral part of a high-value deal and “demo” had sucked that cash out of the system.

However, a study by property consultancy Anarock says luxury real estate is on resurgence as builders held back projects in this category because of lack of demand and unsold flats.

“In sharp contrast to the trend seen in previous years, when it was primarily investors who drove demand in luxury housing, this segment is almost completely driven by end-users today. High-net-worth individuals from India and NRIs cashed in on the prolonged slowdown and the more or less stagnant prices and best-buy deals in their preferred cities,” Anuj Puri, chairman of Anarock, said in a note.

Calcutta market watchers say there would always be demand from end-users as supply is limited on this stretch of the city, one of the most sought after addresses after Alipore. “If the project is done well, it will get sold eventually,” a city-based broker said.

For Agarwal, the project is going to stamp his identity on Calcutta’s realty map. “This is my first but a few more are to follow. I’m looking to build an office space with prime retail in the Camac Street-Theatre Road locality,” he said.