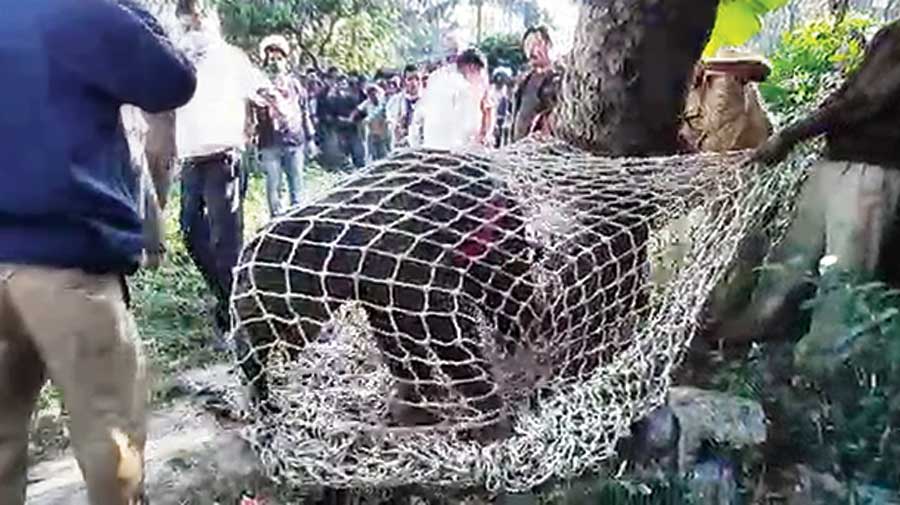 An elephant calf was rescued from near the New Mal railway station in Malbazar subdivision of Jalpaiguri on Tuesday.

This is the third elephant calf rescued in four days.

Sources said on Tuesday morning, morning walkers spotted the jumbo calf that had strayed near the station. It is around one-and-a-half years old, foresters said.

As more and more people gathered, the elephant got tense and started running around. Soon, a team from the Malbazar wildlife squad arrived and intercepted the calf. They tried to send it back to the forest but could not locate its herd.

“It has been sent to the rescue centre in Gorumara National Park,” said Bibhuti Bhusan Das, range officer of the wildlife squad.