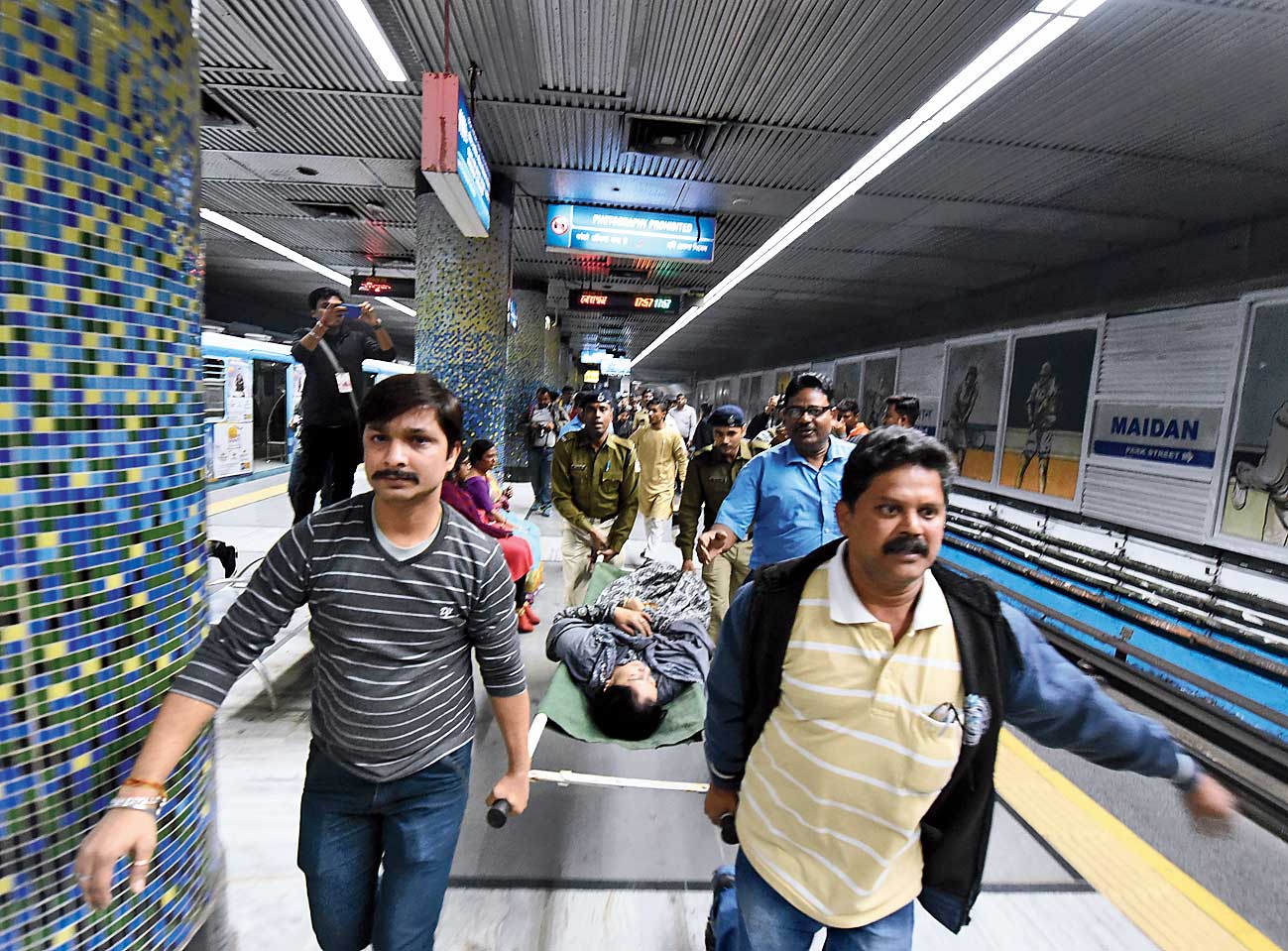 The fire that stalled a north-bound AC Metro rake between Rabindra Sadan and Maidan stations on Thursday was possibly sparked by a portion of a third-rail current collector coming off the undercarriage of the first compartment and getting dragged along the track, officials said.

The current collector is a piece of equipment attached to the train that collects power from the third rail of a Metro track. Each compartment in a rake typically has four such current collectors on either.

“The piece that came loose and grazed the track was on the right side of the train and, therefore, not connected to the third rail when the accident occurred. This current collector would have been in use if the train were travelling in the opposite direction on the other track,” a Metro engineer said.

Officials said it couldn’t be immediately confirmed whether there was a short circuit or the iron covering of the current collector came off and caused friction with the track. “This seems to be an electrical fire, but we need to investigate the hypothesis before confirming it,” said an official.

A senior official said it was unlikely that just friction led to the fire. “The beam of a current collector has come loose on several occasions before and caused flashes. But we haven’t had a fire resulting from this.” 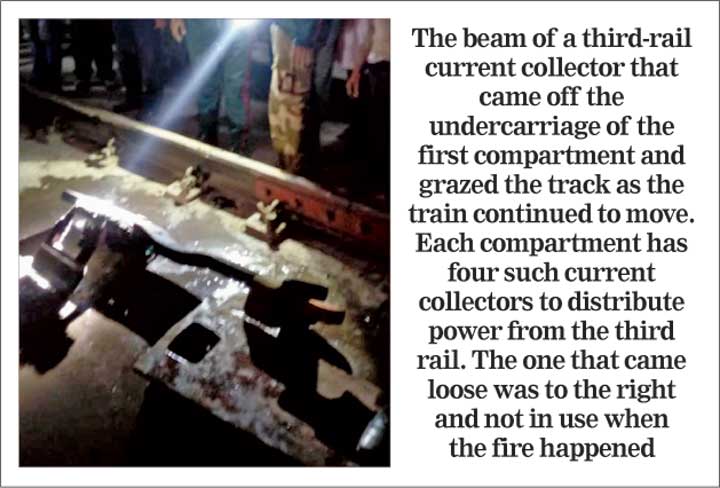 The smoke that filled the train on Thursday was apparently caused by flames spreading to the rubber blocks at the top and bottom of the wheel springs.

The rake that caught fire is the firstborn of Metro Railway’s air-conditioned fleet and was commissioned in October 2010. It was manufactured at the Integral Coach Factory (ICF) in Perambur and uses German technology for braking and other key functions like opening and closing of doors, officials said.

Two first two AC rakes of the fleet were both prototypes. Eleven more rakes have been added since.

According to some officials, lack of maintenance might have caused the beam of the current collector to come off.

When the rake was new, there would be frequent disruptions in service because of the doors and braking mechanism not functioning properly. “The doors would open slower than those on the old non-AC rakes,” an engineer recalled.

The German company that wrote the software used to control the doors later customised it to match the technical specifications provided by Metro Railway. While the initial problems were solved, the rake has had a history of snags over the past eight years.

There have also been instances of smoke emanating from the undercarriage, the engineer said.

Metro Railway issued a statement in the evening saying that a probe was underway to pinpoint cause of the fire that prompted many passengers to break windows and try to jump out. Some of those who did were injured.

“I have instituted a high-level inquiry into the incident that will look into all the allegations,” P.C. Sharma, the general manager of Metro Railway, said.