Around 1.56% of the EVMs with defective VVPATs in Bengal’s 17,042 booths had to be replaced 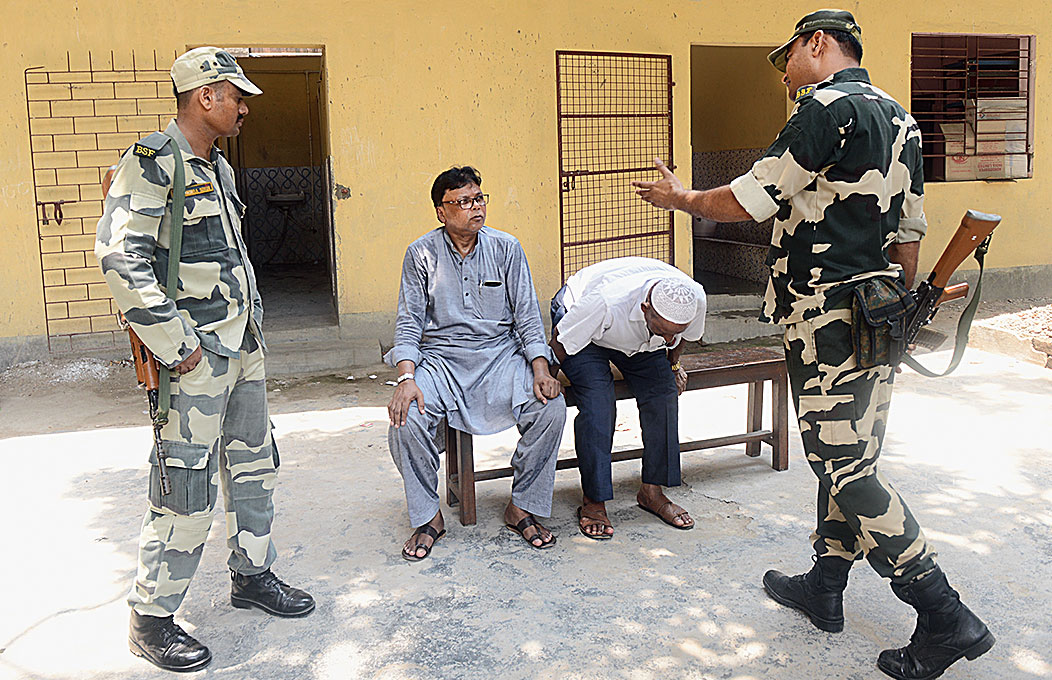 EVMs malfunctioned on Sunday on a scale not seen in the previous six phases, the glitches causing delays, distressing voters and leaving officials flummoxed.

Although the Election Commission had introduced the latest, third-generation Mark 3 EVMs — first used in the Karnataka elections last year — and claimed the “tamper-proof” machines with voter-verifiable paper audit trail were likely to make the process smoother, Sunday’s voting told a different story.

Around 1.56 per cent of the EVMs with defective VVPATs in Bengal’s 17,042 booths had to be replaced. Bengal was second on the snag list, after Punjab, out of the seven states and the Union Territory of Chandigarh that voted on Sunday.

“According to initial estimates, EVM-VVPATs turned out to be defective in over 200 booths in Bengal,” said an official.

He termed the problem “puzzling”. “These are Mark-3 machines with advanced features such as self-diagnostics and digital signature enabled control panels. Excessive heat sometimes causes such problems, but there were not many problems in the past six phases and some of them were in much hotter places.”

In the Calcutta North constituency, an EVM malfunctioned as soon as voting started at the Cossipore Harisankar Banipur High School. “It was replaced after over two hours, delaying those in the queues. I came here around 7.30am. It is already 10am and I am yet to vote,” said Belarani Das, 64. The presiding officer said he had informed his seniors but the replacement took over two hours.

“I am an elderly person and I can’t stand here any longer…. Maybe, I will return later.”

In Bhangar, one of the EVMs inside Polerhat II gram panchayat office acted up in the morning. The glitch forced people, including women with toddlers, to wait at least a couple of hours before an engineer arrived and fixed it.

At the Rajendra Prasad Siksha Sadan for Girls in Tollygunge, an EVM malfunctioned twice during the morning, first at 7.30am and then at 8.45am. The problem persisted for 45 minutes the first time and 30 minutes in the second, according to security agencies.

Sources involved with the election process said more complaints of EVM malfunctioning were received in the seventh phase than in the previous stages primarily because the polling personnel were not acquainted with the new system.

“Since the Mark 3 EVM was introduced, polling personnel have been repeatedly asked to take care of the switch behind the VVPAT. If it is wrongly slotted, the entire system will not function properly. In many cases, this was the fault detected,” said a senior official.

Another problem, polling officials pointed out, was that they could not check the EVMs while receiving them from the distribution centres. “We were allowed to switch on the machines only an hour before actual polling. If a machine does not work properly, we could detect it only at 6am on the day of the polls,” said another official.

Asked about the problems, Bengal chief electoral officer Aariz Aftab said the number was “not very high”. “There are some reports of problems in EVMs but it is not very high. We replaced the machines as soon as we received complaints,” Aftab said.

The chief electoral officer could not specify the number of machines hit by snags but insisted “the election process was not hampered”.