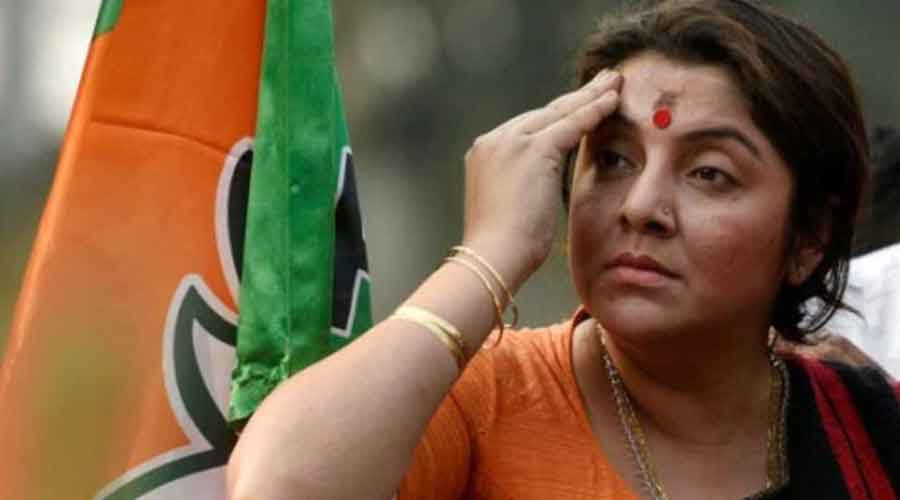 The Bengal BJP on Thursday listed names of 40 leaders to campaign for the party ahead of the April 12 Ballygunge Assembly and Asansol Lok Sabha bypolls, but dropped MP and state general secretary Locket Chatterjee.

The list has names such as Smriti Irani, Nityananda Rai and Giriraj Singh.

Chatterjee told this newspaper that she was asked by MPs Jyotirmoy Singh Mahato and Arjun Singh if she would be available to campaign, to which she had answered in affirmative. “Yet, I was dropped from the list. Probably the state party doesn’t think I’m qualified enough,” Chatterjee said, adding that the central unit of the party has considered her worthy enough to put her in charge of the Uttarakhand polls.

Sources in the party said that the growing rift between Chatterjee and the state general secretary (organisation) Amitava Chakraborty is the reason why she was dropped from the list.

However MP Shantanu Thakur, who had publicly lashed out against Chakraborty is included in the list.

State BJP chief Sukanta Majumdar refused to give any reaction on this issue.