Leopard traced and caged near zoo in Jhargram 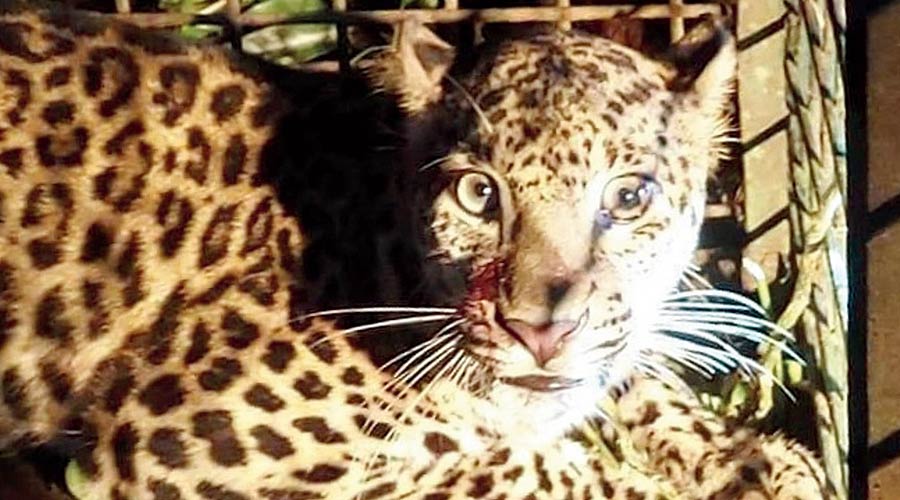 The forest officers and police had put the town on high alert on Thursday afternoon after the leopard’s escape.
File photo
Anshuman Phadikar   |   Jhargram   |   Published 09.10.21, 01:12 AM

Forest department officers found the leopard, which had slipped out of the mini zoo in the town, inside the Jhargram forest reserve on Friday morning and managed to bring the animal back to the enclosure 17 hours after the escape.

The officers had initially feared the leopard was roaming free and that led to panic among Jhargram residents.

The zoo is on the outskirts of Jhargram town from where the forest starts.

“We had to target it with some sedative shots in order to cage it,” said a zoo official.

He added that the zoo would “remain closed for a few days”.

The forest officers and police had put the town on high alert on Thursday afternoon after the leopard’s escape. Market areas and stores were abruptly shut around 7pm after the police began public announcements asking people to be on alert.

Officials from Calcutta were called in late on Thursday in order to assist in the search operation. The animal was sighted within a few hours after the officers traced its footprints, following which the team set up a cage to lure it back into its enclosure. However, when that did not work, the leopard was sedated.

“We think he had successfully escaped from the zoo, but could not make her way too far in the dark and got disoriented,” said a Jhargram forest officer.

On Thursday, the residents had raised their voices before the officials regarding how a big cat could have escaped its enclosure in the midst of purported high security and low footfall owing to Covid-19. On Friday, forest minister and Jhargram MLA Birbaha Hansda confirmed that the leopard had been found.