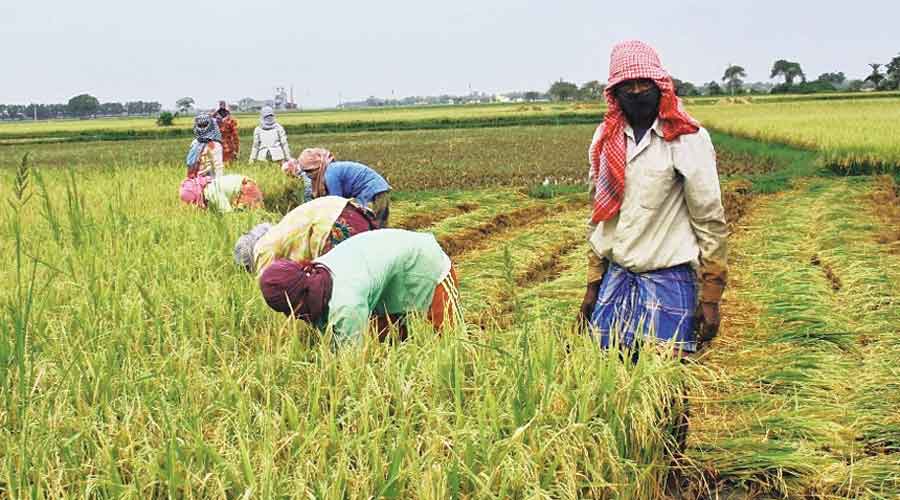 The CPM in East Burdwan’s Khandaghosh is striving to go back to the basics and revive its connect with people through the jatra.

The folk form is a huge draw among people, mostly farmers in a district known as Bengal’s rice bowl. The recent success of the farmers’ movement, which includes the CPM-affiliated All-India Kisan Sabha as one of the key players, against the Centre’s controversial farms laws gave the Left a new push to reach out to Bengal’s peasants.

Last week, Khandaghosh-I area committee held its party conference that was followed by a jatra. The jatra — Andha golir bandi pakhi (A caged bird of a dark lane) — was about two sisters, their lovers and a corrupt MLA.

Party leaders said the All-India Kisan Sabha (AIKS) and other frontal wings of the party sought to revive the tradition of staging jatras to convey socio-political messages to farmers. Much before the Left Front rode to power in 1977, the CPM adopted jatras to connect with people. “But the long stint in power led to a gradual detachment with people,” admitted a veteran of the AIKS in East Burdwan.

All actors were local CPM party members such as Sufi Badre Alam, the block president of the AIKS in Khandaghosh.

“It is our first move after a long time and we will continue it in East Burdwan. The rehearsals of two more jatras are already on,” said Ghosh.

AIKS state secretary Amal Haldar welcomed the initiative. "Such initiatives will help us strike the right bond with the farmers again,” said Haldar.