Gorkha Janmukti Morcha (Binay Tamang camp) claim that labourers were independently running the plantation, a claim disputed by the management 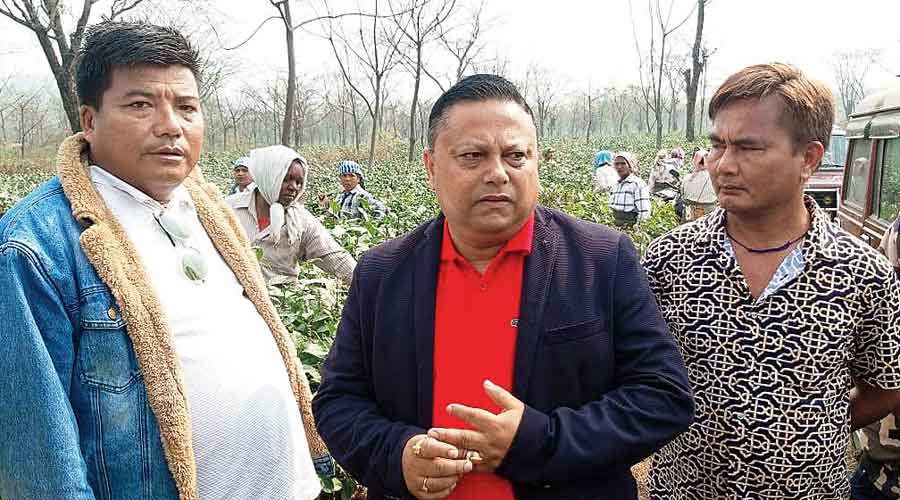 Work “resumed” in the Longview tea garden, the largest estate producing Darjeeling Tea, on Wednesday but in the poll-bound Bengal, a peculiar situation emerged with the Gorkha Janmukti Morcha (Binay Tamang camp) claiming that labourers were independently running the plantation, a claim disputed by the management.

Anit Thapa, the general secretary of the party and also the chairman of the board of administrators at the Gorkhaland Territorial Administration, claimed that the party was pursuing the concept of “hamro ghar, afnai bhar (we will stand on our might)”.

“The method in which the garden has been opened is in pursuance of our hamro ghar, afnai bhar thoughts. People working in this garden are ours, plantation is done by our own people and it’s being looked after by them. So, where is the problem?,” said Thapa.

The hill party said it could not wait for the owners to reopen the estate and had hence taken the initiative.

Since December 23, workers had “stopped going to work” as the garden had dues for workers.

Amar Pal Singh Dahiya, manager of the garden, however, claimed that the management was still running the garden.

“We had neither declared suspension of work or lockout. The workers stopped coming to work but I was always present in the garden. Today, they joined work. We have taken attendance and they will be paid their wages every fortnight,” said Dahiya.

The Longview management further claimed that they had disbursed a sum of Rs 15 lakh to workers as wages and Rs 12 lakh to staff and sub-staffs on Wednesday.

“As of today, there is no wage due to any labourer,” said Dahiya. However, there are outstanding fringe benefits to be paid.

The garden spread over 500 hectares has 1,200 workers on rolls but the management said that “only 300 to 400 workers” would attend work.

Dahiya admitted the company faced cash crunch as the garden could only produce 1.5 lakh kg of made tea last year against the average annual figure of 7.5 lakh kg.

The management said that 135 workers reported for work on Wednesday.

The moot question doing the rounds in the tea industry is the policy adopted by the Morcha. “This is a clear case of the union trying to take control of the garden to gain workers’ sympathy across the region. There is no doubt that the upcoming election is directing the party’s policy, which is worrisome for the industry,” said an official of the Darjeeling Tea industry.

“A few days back, Bimal Gurung went to Longview and appointed 15 volunteers to purportedly safeguard the garden. Anit Thapa now comes and declares that the workers committee is going to run the garden. The workers are being sandwiched between the politics of these two,” said Nima Tamang, president, GNLF Kurseong branch committee.

The GNLF said that the owner had to be made accountable as many other dues like annual bonus are yet to be cleared. “In the workers committee model the worker will pluck tea leaves and sell it. How will other workers engaged in non-plucking jobs like office and hospital be paid? The owner has to run the garden,” said Tamang.

Observers believe that Thapa’s decision is expected to gain sympathy as it would be seen as a “pro-workers approach.” I

Thapa, however, said that the decision had nothing to do with politics but only influenced by the deplorable condition of the workers. “The issue of the garden is not political but the issue of hunger. The workers do not have work. They are not able to feed themselves,” said Thapa.