Out-of-use Plane on trailer gets stuck in Durgapur 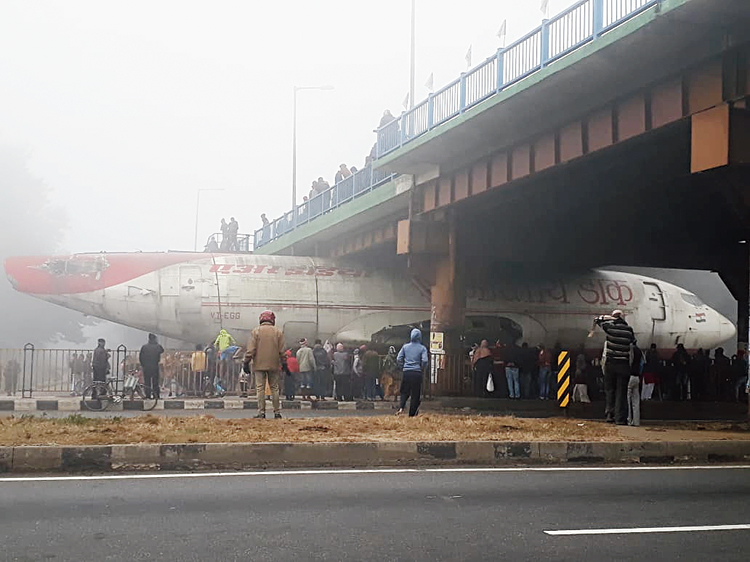 The aircraft stuck under the flyover in Durgapur early on Tuesday.
Pictures by Swapna Barua
Abhijeet Chatterjee   |   Durgapur   |   Published 24.12.19, 07:27 PM

A trailer truck carrying an out-of-use Air India cargo aircraft belonging to the Indian Post got stuck under a flyover on NH2 in West Burdwan’s Durgapur town early on Tuesday morning.

The 3am incident caused traffic disruption on the arterial Asansol-bound lane of the Calcutta-Delhi highway for over eight hours, with thousands of bystanders flocking to see the stranded Boeing 737. 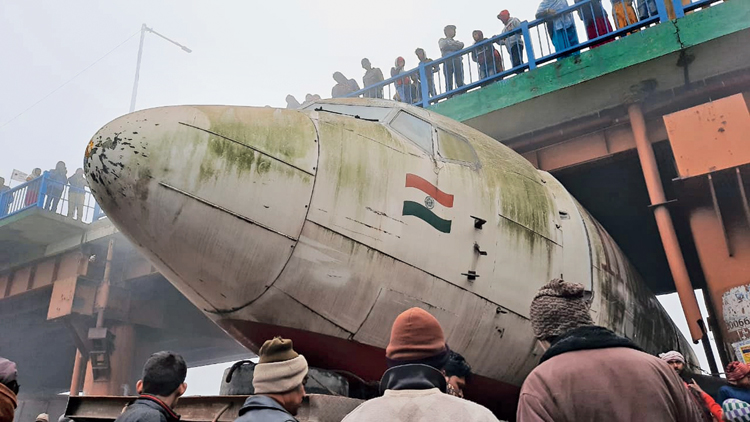 Police sources said the driver of the trailer had opted for the service road — where he got stuck — after it appeared to him that the height of the flyover over the main NH2 was low.

Highway authorities said later that the unusual accident was the result of poor route planning by the trailer company.