Kurseong player made coach of Mohammedan

A former footballer who has represented the national team in the Asian Youth Championship, Chhetri also played for Mohun Bagan FC and Tollygunge Agragami in Calcutta 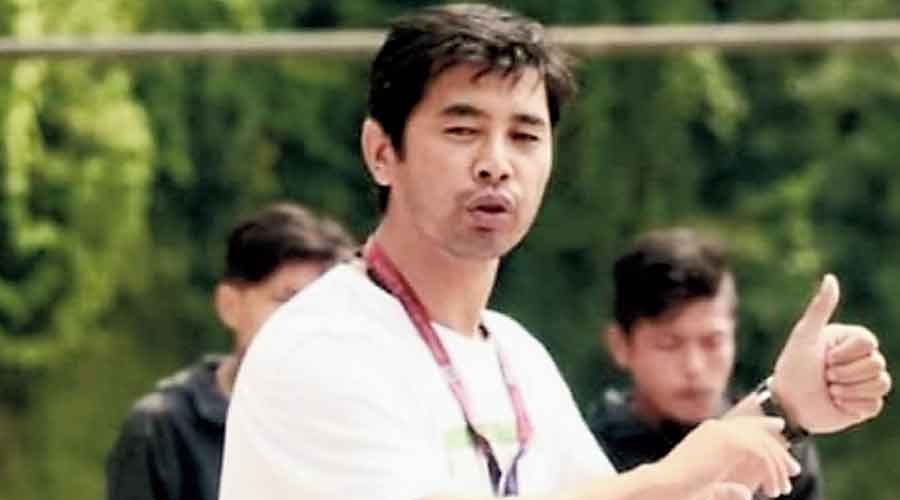 Crispin Chettri, a veteran soccer player from the Kurseong subdivision of the Darjeeling hills, has been appointed as the assistant coach of Mohammedan Sporting Club, one of the prestigious football teams in Calcutta which will participate in the upcoming I League.

“It was a surprising call for me. I was vacationing in Kathmandu when I got a call from an official of the club. When he said the club wanted me to join the soccer team as an assistant coach, I immediately gave my consent,” Chettri told The Telegraph.

A prominent face among the footballers in the hills, Chettri was the head coach of Lonestar Kashmir, a second division club team of I-League, before he got the offer from Mohammedan Sporting club.

Chhetri, who hails from St Mary’s, a tiny hamlet nestled near Kurseong town, has completed the AFC ‘A’ License course offered by the FIFA for coaching youths.

A former footballer who has represented the national team in the Asian Youth Championship, Chhetri also played for Mohun Bagan FC and Tollygunge Agragami in Calcutta. He also represented Bengal, Maharashtra and Sikkim in Santosh Trophy.

“Our team has just entered the first division of the prestigious soccer tournament of the country, where many soccer giants like SC East Bengal and ATK Mohun Bagan of Calcutta and some other best teams will play.

Our initial target is to be a tough contender in the league and also vie for the trophy,” Chettri said.

Chhetri, who completed all formalities with the Calcutta club, is at home quarantine after returning from Kathmandu.

“I will join my team in Calcutta on November 18,” he added.

The achievement of the young coach is expected to give a boost to all budding soccer players in the hills.

“Crispin Chhetri’s appointment as the assistant coach of the Calcutta team again proved that there is no dearth of football talents in the region. He has emerged as a footballer first and later become a deputy of an I League team, which is unique indeed,” said Suren Pradhan, a soccer enthusiast and one of the prominent organisers of football tourneys in the region.